The 6 Most Interesting Non-Playoff Bowl Games This Season 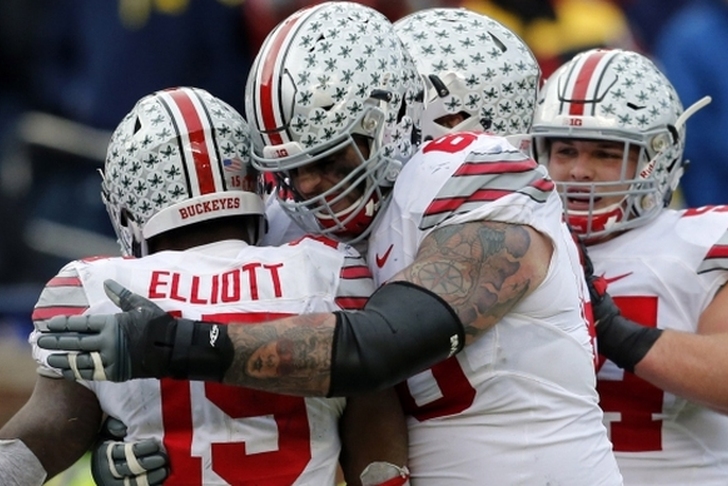 The College Football Playoff hasn't dimished the importance and interest in other bowl games, and there are plenty of non-playoff matchups that fans can't wait to see. Here are the 6 most interesting non-playoff games this year:

It looked like this was going to be Ole Miss vs. TCU, but Baylor's loss to Texas gave the the Cowboys the tiebreaker with Baylor out of the picture. The Cowboys finished the year 10-2, but ended with losses to Baylor and Oklahoma down the stretch. Ole Miss was a win over Arkansas from playing in the SEC Championship game. Ole Miss was blown out in its New Year's Six Bowl last season, and the Rebels will want to avoid a similar fate this season.

Florida's offense has been awful as of late, and Michigan's defense has shown itself time and time again as being capable of elite status. This may be a major mismatch in favor of the Wolverines, but their offense still has to score against Florida's stout defense. This should be a hard-fought, close defensive battle.

In one of the premier non-New Year's Six bowl games, this top-20 matchup features two of the highest scoring offenses in the country. Baylor's quarterback position will be a major question mark as they were forced to play a wideout at the position due to injuries to all of their QB's on the roster, but are expected to have stud freshmen Jarrett Stidham back for this game. If you're looking for points and exciting, back-and-forth action, this one's for you.

Speaking of high-scoring offenses, how many points are going to be scored in this game? 100 combined points? 110? There is going to be a shootout at the Alamo between two of the most high-octane offenses in the nation, especially with all-conference quarterbacks Trevone Boykin and Vernon Adams Jr. being fully healthy.

Do you like watching smashmouth, ground-and-pound football? This game is for you. Both teams are going to run the rock over and over in hopes of controlling the tempo, and both teams could make legitimate cases for making the College Football Playoff. There's also the added stroyline of Iowa's top run defense trying to stop star Stanford running back Christian McCaffrey.

Want TV ratings? Put two of the most recognizable and widely-followed programs in college football in a New Year's Six bowl game. Clear your calendars for this epic showdown.

Ohio State is still the most talented team in the country and appear to be hitting the stride at the right time after blowing out Michigan in their regular season finale. Notre Dame has played well all season despite injuries, but should be as healthy as they've been all year on New Year's Day.