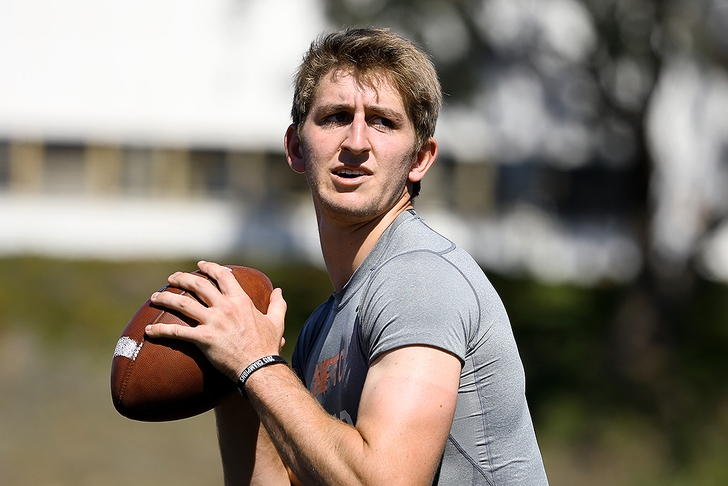 The Pac-12 is challenging the SEC as the best conference in college football, and will be as wide open as ever in 2015 after the departure of Oregon's Marcus Mariota. Who are the top freshman that will have an impact on that race:

Rosen is being counted on to take over as UCLA's starting quarterback, and the 6'4", 205-pounder seems ready for it. He is the top-ranked pro-style quarterback because of his strong arm and good accuracy, though he'll have to adjust to the pace of Pac-12 defenses.

Masina doubled as a running back in high school because of his speed, and this 6'4", 230-pounder uses that to be a force sideline-to-sideline at linebacker.

Kaumatule is already a physical force at 6'9", 290 pounds, and his explosiveness off the line make him a nightmare for opposing quarterbacks. Oregon will need to play him immediately to generate some sort of a pass rush.

Star running back Javorius Allen left USC for the NFL, giving Jones the chance to make an immediate impact for the Trojans. He still needs to add some muscle to his 6'0", 185-pound frame, but he has the speed (4.4 40-yard dash) to see the field immediately.

Stanford's passing attack really needs a boost from someone, and Irwin might just be the guy to supply it. He has the size (6'2") and soft hands to be a great possession receiver and a top red zone target, but his speed is his biggest asset.

At 6'6" and 275 pounds, Roberts is agile and strong enough to be an effective pulling guard. He'll still have some bulking up to do once he gets on campus, but he has the potential to be one of the most dominant lineman in the conference.