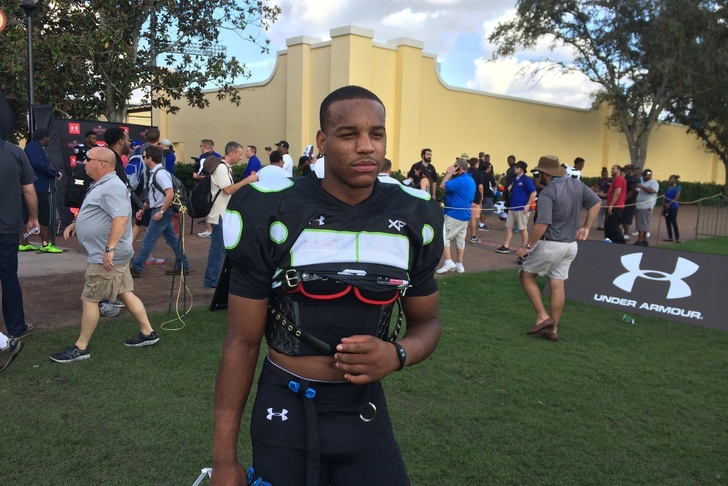 With the clock ticking down towards National Signing Day, there are still a handful of top prospects who still haven't committed. Here's a look at six elite uncommitted prospects likely to sign with a Pac-12 school:

The Bruins and the Oklahoma Sooners are both hoping to land the 6'4, 315-pound guard on National Signing Day, and most recruiting analysts agree that Jim Mora's team has the edge. Wariboko is the #6 OG in the Class of 2015, and he can be an important contributor right away wherever he lands.

UCLA and Arizona State are well ahead of the pack in Wicker's recruiting battle, but the Bruins have a significant edge as we hit crunch time. UCLA recruiting coordinator Angus McClure has made Wicker a top priority, and it looks to have paid off.

The #6 outside linebacker in the country, Houston is nearly a lock for the Trojans at this point. Oregon and ASU are lurking and Oklahoma hasn't given up yet, but Steve Sarkisian's team is very confident that Houston is on his way.

Jamabo is a fast, but physical back from Texas who appears to have narrowed his decision down to his in-state Longhorns and UCLA. The Bruins reportedly have the edge, though, and the majority of recruiting analysts expect him to sign with Jim Mora's team.

A classmate of John Houston's at Junipero Serra, Green is a big player with surprising speed and agility for his size. Arizona State and Miami (Fl.) have both made late pushes, but the Trojans are still heavy favorites.

The top cornerback in the Class of 2015, Marshall (pictured up top) has been a very popular guy in the past few weeks as schools around the country have tried to make a late push for his signature. None have been able to unseat USC as his first choice, though, and it would be a major surprise if he ends up anywhere else when the dust settles Wednesday night.