5 Surprise Teams That Could Make The College Football Playoff 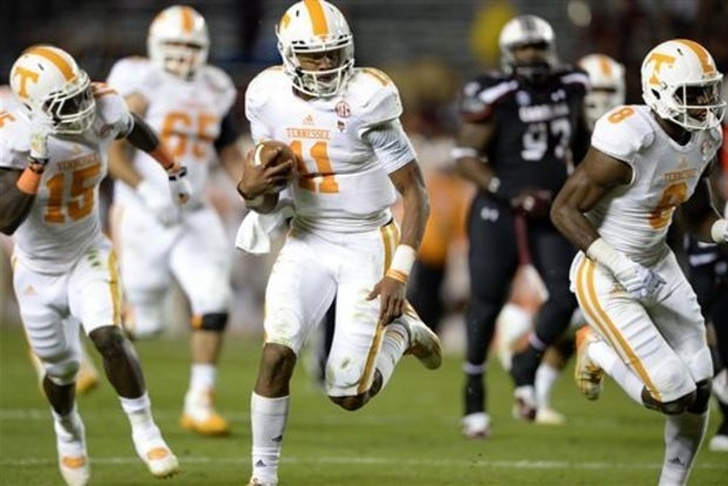 TCU was the surprise team of the college football season this past year that nearly made the College Football Playoff, and there are several programs that could see similar success in 2015. Here are five surprise teams that could make the same rise in 2015:

The Razorbacks used a powerful ground attack and improved defense to reach the postseason a year ahead of expectations thanks to big wins over LSU and Ole Miss. The formula for success on offense won’t change much with the return of star backs Jonathan Williams and Alex Collins running behind one of the best offensive lines in the nation. A healthy Brandon Allen under center made a big difference last year, and he'll be able to do enough in the passing game in 2015 to help this team win eight or nine games.

The Cowboys entered the year with just seven returning starters and lost around 30 seniors from the 2013 squad, so the struggles were expected. Oklahoma State lost five games in a row after a 5-1 start, but pulled off an upset comeback victory over Oklahoma in the regular-season finale to reach the postseason. Oklahoma State won't have the late-season collapse in 2015 as true freshman quarterback Mason Rudolph should benefit from a full spring to work as the starter, and will be helped with five of the top six receivers returning from 2014. The defense returns mostly intact, but questions still remain with the offensive line. They'll also benefit by playing its three toughest games (TCU, Baylor and Oklahoma) at home in Stillwater in November, giving this team time to grow and develop.

The Vols have made steady progress under coach Butch Jones, who was able to move the program forward in the win column despite playing 23 true freshmen – the most in the nation – this season. Another top recruiting class is headed to Knoxville, giving this team even more talent. Tennessee seems to have finally found a quarterback in Joshua Dobbs, and running back Jalen Hurd leads the way on offense along with a healthy Marquez North at wide receiver. The offensive line had five new starters last year, and should be improved as four return for 2015. As this young team grows up, the wins won't be far behind.

The Golden Bears improved on a miserable 1-11 record in 2013, and are expected to make another jump in 2015. Talented quarterback Jared Goff returns after throwing for 3,973 yards and 35 touchdowns, and running back Daniel Lasco might be the Pac-12’s most underrated player. Fixing the defense remains a work in progress for head coach Sonny Dykes - they allowed 44.1 points in nine Pac-12 games - but their offense should outscore most of their opponents. 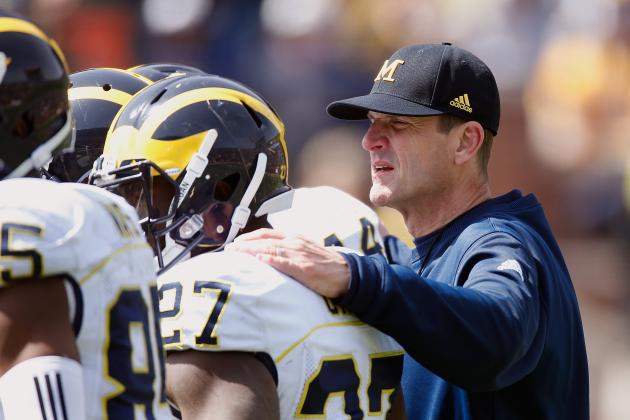 Michigan has a good amount personnel concerns to address for 2015, but having Jim Harbaugh on the sidelines should be worth a couple of victories for the Wolverines. Linebacker Jake Ryan must be replaced, but new defensive coordinator D.J. Durkin’s arrival should create one of the Big Ten’s top defenses. The quarterback situation is unsettled, yet Harbaugh's run-first offense and Michigan's stable of talented running backs should provide some stability. Expect to see some improvement from the Wolverines on that side of the ball in 2015.