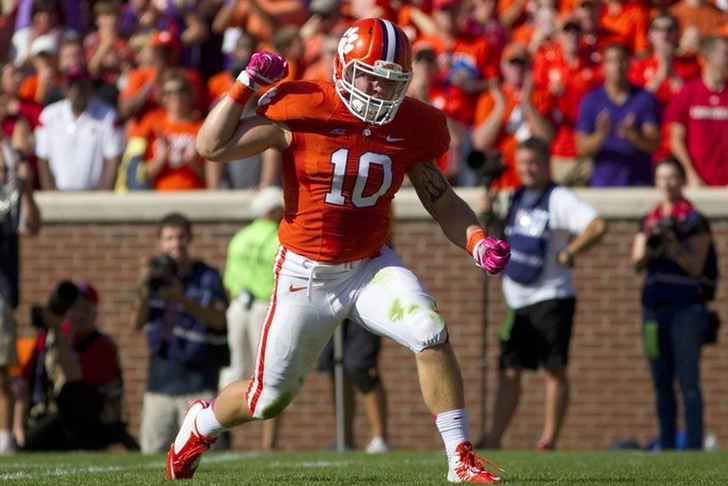 New stars emerge every week of the college football season, and Saturday was no different as some (perhaps) unexpected players stepped up and produced in a big way for their teams. Here are five players who made a name for themselves this weekend:

Boulware was everywhere during #1 Clemson's 23-13 home win over #16 Florida State, flying in on tackles and causing general havoc all day long. However, the play that he'll be remembered for was an epic stuff of FSU RB Dalvin Cook on 4th and 1 at the Clemson 40 with just over six minutes to go. Boulware stood Cook up, ending a critical Seminoles drive and setting the offense up for a game-sealing TD drive.

If you don't know Wadley yet, start tuning into undefeated Iowa's games. Taking over for injured star RB Jordan Canzeri, Wadley has picked up right where Canzeri left off. Wadley ran for 120 yards and a TD on just 12 carries, pacing the Iowa offense and opening things up for QB CJ Beathard in a gutsy 35-27 Iowa win over Indiana. #14 Oklahoma State announced themselves as a true College Football Playoff contender with a 49-29 beatdown of #8 TCU, and QB Masion Rudolph was key in extending OSU's undefeated season for at least one more week. The sophomore went 16-of-24 for 352 yards and five touchdowns, gutting TCU's secondary over and over again in a masterful performance. Say good night to TCU and say hello to the Cowboys as a CFP gate crasher.

It's weird putting Kizer here considering he's the quarterback of the #5 team in the nation, but today was Kizer's big breakthrough. The sophomore QB lit up Pitt's secondary in a 42-30 road win, throwing for touchdowns on five of his 19 completions along with running one in for his sixth overall score. In conjunction with a banner 20-carry, 147-yard performance by RB Josh Adams, Kizer's showcase keeps Notre Dame alive and well in the CFP chase.

Arkansas' mid-tier bowl hopes got a major boost on Saturday in a bat-poop crazy 53-52 overtime win over the #18 Ole Miss Rebels. The game will forever be canonized in Arkansas lore thanks to a wacky 4th-and-25 OT conversion by the Razorbacks, but it was Allen who got Bret Bielema's squad to OT in the first place and capped things off with his sixth TD pass and a converted two-point conversion on a designed run. Allen had a hand in 44 of Arkansas' 53 points. Just brilliant work.