5 Most Impressive Players In Week 12 Of College Football 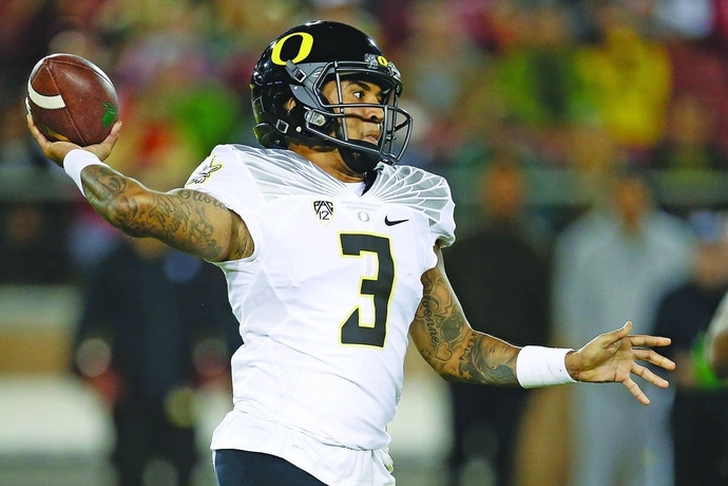 Week 12 of college football was full of impressive performances. It's what we've come to expect this season, as we've seen players from all conferences put together great games. We wanted to highlight a few of the efforts, although it was tricky narrowing it down. With that in mind, here are the 5 Most Impressive Players In Week 12 of College Football:

Shepard was a huge factor in OU avoiding an upset at the hands of TCU. He caught eight passes for 111 yards and a touchdown against a defense that did a solid job of shutting down the Sooners' passing attack. He also helped spring a few runs thanks to sharp blocking. Oklahoma would have been in major trouble without Shepard.

Watson threw two picks and wasn't perfect, but he was still impressive against Wake Forest. Watson completed 24 of 35 passes for 343 yards and two scores. He also added 10 carries for 44 yards and a score. Clemson leans heavily on Watson and his play is why the Tigers are in perfect position for a College Football Playoff berth.

McCaffrey once again carried the Cardinal to a win. Against Cal, he racked up 192 yards on 29 carries. He also scored on a 49 yard touchdown catch. He has a chance to break the schools' all-purpose yards record, which is held by some guy named Barry Sanders.

Kelly pretty much was the Ole Miss offense and he carried the Rebels to a win over LSU. He completed 19 of 34 passes for 280 yards, 2 TDs and no picks. He also added 81 yards and two touchdowns on 12 carries. Without Kelly, the Ole Miss offense would be in major trouble.

Adams was nothing short of incredible against USC. He engineered an offensive attack that the Trojans just could not stop. Adams completed 20 of 25 passes for 407 yards and 6 touchdowns. He was picked off once, but Adams deserves this ranking for torching a pretty good USC defense. Making his performance even more impressive was that all of his TDs went to different players.