5 College Football Teams Most Likely To Disappoint This Season 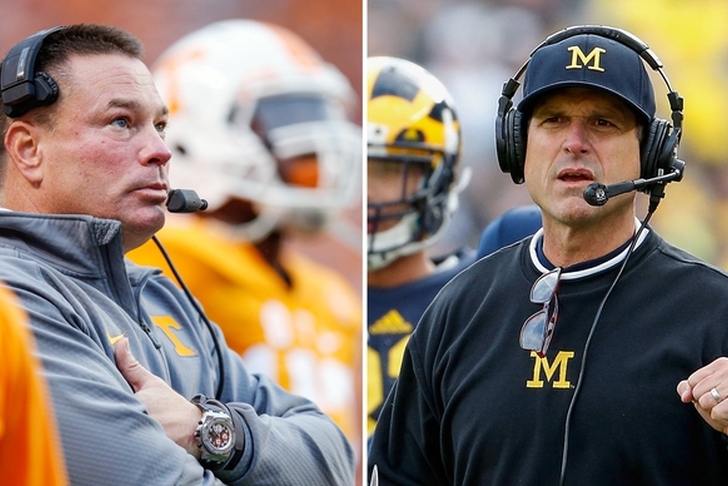 The college football season is still a few months away, and as always, it's going to be full of surprise teams and disappointments. The new season brings optimism for every team around the country, but there will be a few teams who fall short of expectations and end up in the latter category. Here are the five teams that are the most likely to disappoint in 2017.

Clemson Tigers
This is simply a numbers game for Clemson. They are going to be good, especially defensively, but you can't lose the amount of talent they did offensively and still be one of the best teams in the country. It's always tough when a team has to break in a new quarterback, but replacing Deshaun Watson is a whole other task entirely. You don't lose the best player in school history and think everything will be the same. Expect Clemson to be one of the top teams in the ACC - just not in the national title picture.

Notre Dame Fighting Irish
The root causes of the disaster that was Notre Dame's 2016 season are still relevant. The Irish still have a ton of question marks defensively and are now breaking in a new quarterback. Brian Kelly mishandled many in-game situations last year that nearly cost him his job, and he needs a bounce back season to keep it. However, Notre Dame is relying on the improvement of several players for that to happen - and that talent simply isn't there.

Oregon Ducks
There's a renewed sense of optimism in Eugene thanks to a new coaching staff, but it's going to take at least a season for Willie Taggart to get this group back on the right track. Offensively, Oregon will be fine. Royce Freeman is a dark-horse Heisman candidate and Justin Herbert looks poised for a breakout season. Their problems are on defense and the lack of talent they have on that side of the ball. That will take time to fix.

Tennessee Volunteers
Remember when Tennessee was supposed to have their breakout year last season? After a fast start, they faltered down the stretch as Butch Jones lost control of the locker room. The Vols also have to replace a bunch of impact players (namely Joshua Dobbs, Alvin Kamara, Jalen Hurd, Josh Malone, Derek Barnett, etc.) with underclassmen. That's not a recipe for success, especially against a tough schedule in the SEC.

Michigan Wolverines
It's simply a numbers game for Michigan. The Wolverines are only returning five starters next season - the fewest of any FBS team - and have one of the toughest schedules in the entire country. In a loaded Big Ten East, some team is going to find themselves on the short end of the stick. This year, it looks Michigan will be that team.

Follow our NCAA page for all the latest College Football news!