5 College Football Teams That Have Been Huge Disappointments This Season 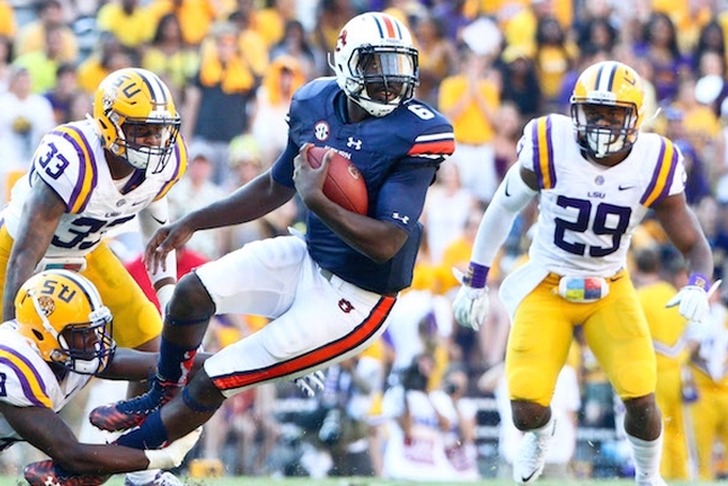 For every college football team that proves to be an unexpected national title contender early in the season (see: Ole Miss, LSU), there is another that couldn't back up the preseason hype and have been giant disasters. These teams fall into the latter category. Here are 5 College Football Teams That Have Been Huge Disappointments This Season:

What in the world has happened to Gus Malzahn's squad? The Jacksonville State escape was one thing, then getting gut-punched by LSU and run over by Leonard Fournette was another, and now losing to Mississippi State has thrown the preseason favorite to win the SEC into a panic. Jeremy Johnson has been a dud under center, and the defense has been atrocious. Now, they're fighting to stay out of the bottom of the loaded SEC West.

The Longhorns put together an impressive near comeback for the ages against Cal scoring 20 unanswered points before a muffed extra point stopped them one point short in a 45-44 home loss to Cal, then a muffed punt capped an awful collapse in a disappointing loss to Oklahoma State. Texas has remarkably inconsistent on both sides of the ball in what is supposed to Charlie Strong's year to show just what he can do on-field with "his guys." There are plenty of excuses that can be made, but the fact is that a recruiting powerhouse like Texas shouldnt be mired in these doldrums.

Bret Bielema has talked a lot of smack as of late. Remember when he dumped all over Ohio State's scheduling? Or how the Razorbacks were going to "kick ass" against Texas Tech and Texas A&M because they run spread offenses? When you talk trash on a big stage, you have to back it up. Arkansas' 1-3 record and inability to assert an identity on both offensive and defense is the opposite of that. Quiet down, Bret.

The Sun Devils were supposed to compete for the Pac-12 title and a spot in the College Football Playoff, but neither of those things will be happening this year. Arizona State was blown out in their opener to Texas A&M, and after less-than-stellar wins over Cal Poly and New Mexico, they were blown out again by USC. It looks as though ASU will be struggling to just make a bowl game this year.

Oregon had championship expectations this year despite losing Heisman trophy winner Marcus Mariota, but they're already out of the running following a close loss to Michigan State and a 42-point blowout loss to Utah yesterday. Their defense is one of the worst in the country, allowing nearly 41 points per game, and they offense has been rather pedestrian. Seems like this will be a rebuilding year for the Ducks.