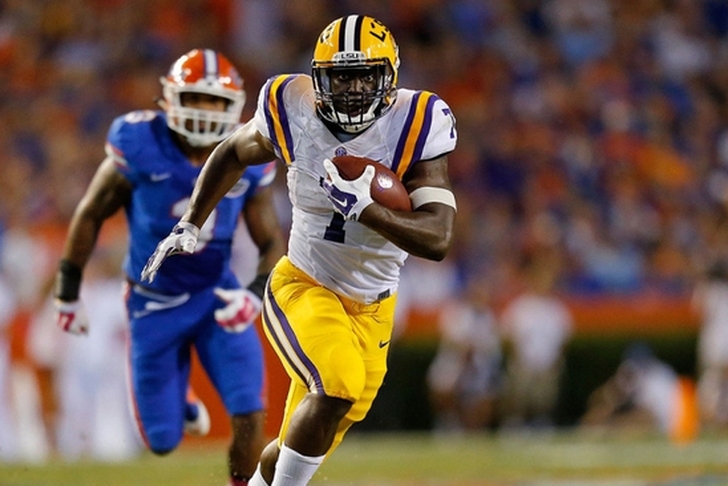 This weekend's college football slate is a strong one, with several marquee matchups that will be exciting to watch. Here are the five games that are must-see television this week, in order of kickoff.

The first of several games between ranked teams kickoffs on Thursday night. It's a late night event, especially for those on the East Coast, but it should be a great game. Stanford has rebounded after a season-opening loss to Northwestern, while UCLA is coming off its first loss of the season at the hands of Arizona State. The stats for both teams are nearly identical, and it should be a close contest.

Iowa is a surprising 6-0, while Northwestern's only loss came last week against Michigan. This game could decide the winner of the Big Ten West. It should be a close contest and is a great way to start a Saturday of consuming ungodly amounts of college football.

The first matchup of Top 10 teams this week features the one-loss Crimson Tide and the undefeated Aggies. This is the Aggies' first real test, while Bama has rebounded from an early season loss to Ole Miss. Going from Iowa-Northwestern to Alabama-A&M is a good choice, although there is another strong option.

Two great games are on at 3:30 ET, so going with two TVs isn't a bad idea. MSU is undefeated, but have dropped in the rankings following close wins against poor Big Ten teams. Michigan has one of, if not the, best defenses in the nation. The Wolverines, despite being the lower ranked team, are actually favored by 7.5 points.

The clear option for the night game might just be the best one this week. It could very well be a preview of the SEC Championship game. Of course, Florida will be without QB Will Grier, who was suspended for PED use. There also is the chance, or rather statistically probability that Leonard Fournette will do something incredible.