5 Best 2017 Football Recruits In The State Of Georgia: Bulldogs, Buckeyes, Oh My 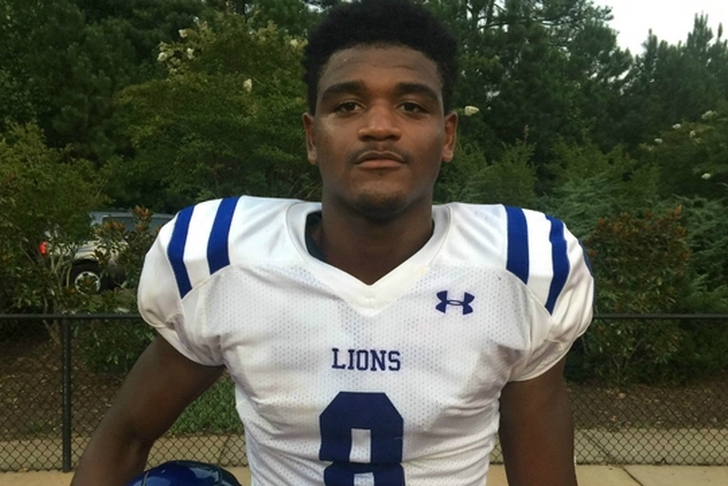 Other states such as Florida and Texas get all of the national hype, but Georgia has plenty of top football recruits to be had when it comes to the Class of 2017. Here's our list of the 5 Best 2017 Football Recruits In The State Of Georgia.

(All rankings courtesy of 247Sports.)

5. 4-Star ATH Richard LeCounte III (Riceboro)
All five of the recruits on this list are in the Overall Top 50 nationally, with LeCounte leading off our countdown at #48. A speedy two-way star, the current UGA commit is the #5 athlete in the country.

3. 4-Star OLB Nate McBride (Vidalia)
McBride is a wrecking ball at 6'2", 220 pounds, and projects to be both a fantastic pass rusher and run stopper at the next level. Ranked #36 overall and #5 among outside linebackers, McBride is currently a solid UGA lean. More on McBride and other 2017 recruits inside the Chat Sports Android and iPhone apps!

2. S Isaiah Pryor (Lawrenceville)
Currently an Ohio State commit, the versatile Pryor clocks in as the #2 safety and #30 overall player in the nation. If the Buckeyes keep him in tow, they'll have an electric playmaker on hand who can function well in both zone and man-to-man.

1. CB Deangelo Gibbs (Loganville)
A borderline Overall Top Ten standout, the #2 cornerback in the country has fantastic size and range at 6'2", 204 pounds. He's a Georgia lean, but Tennessee has a solid foothold as the current runner-up.