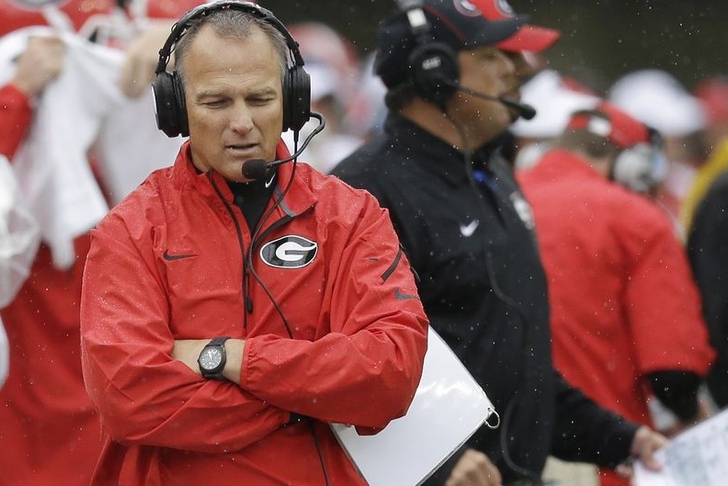 We know where everyone's going bowling (you can check out the bowl lineup and full schedule here), but not everyone is thrilled about it. These five teams all have legitimate gripes with their bowl destination, and for some, it isn't hard to see why:

We saw all kinds of bowl projections for the Georgia Bulldogs, but not one of them had UGA landing in the Belk. At 9-3 and 2nd in the SEC East, we thought the Bulldogs were a shoe-in for the Peach Bowl...but apparently not. No disrespect to Louisville, but the Dawgs expected something bigger.

Nebraska may have been a victim of their own athletic department's impatience - despite a 9-3 finish with only one bad loss, the Huskers fired coach Bo Pelini before the season ended...and now they're headed for a Saturday-night game in San Diego that kicks off at 8:00 PM Eastern. While this isn't the worst-case scenario - the Holiday Bowl is a solid mid-tier destination, and there are worse places to be in winter than San Diego - there are still plenty of Huskers fans who aren't thrilled with the draw.

At first glance, this is a solid landing spot for the Vols, who battled through the nation's toughest schedule this year. For the fans, though, it's less than ideal - it looked like Tennessee was a lock for either the Music City Bowl or the Liberty Bowl, both of which will be played on their home turf at much more convenient times. Instead, the Vols will travel to Jacksonville for a post-New Years bowl against an unspectacular Iowa squad that lost four of their last six.

Texas State has now gone two consecutive years without a bowl despite being eligible in both, and this year they were the only 7-5 team to miss out. They may have only played one Power 5 team this season, but that was a close call on the road against Illinois...a team that's bowling themselves.

UAB's football program was informed it would be shut down at the end of their regular season, but at 6-6, they were still holding out hope for one last dance in a bowl game. The bowl selectors, who apparently aren't fans of heartwarming stories, declined to extend an invite, and UAB has now officially played its last football game.

Are you happy with your team's destination? Who do you think got robbed? Let us know in the comments section?