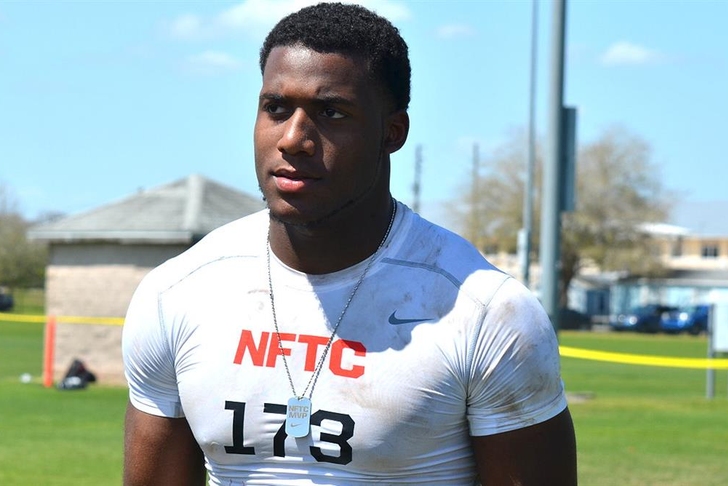 With the clock ticking down towards National Signing Day, there are still a handful of top prospects who still haven’t committed. Here’s a look at five elite uncommitted prospects likely to sign with a SEC school:

The 330-pound freight train raised a few eyebrows last month when he tweeted a picture of himself in a Texas jersey, but Aggies fans can breathe easy - it sounds like at this point, he's ruled out the Longhorns and only a miracle would be able to keep him away from College Station.

The St. Louis DT is getting lots of late attention from playoff finalists Florida State and champions Ohio State, but it doesn't sound like either has done enough to push him away from local favorite Mizzou. The Tigers are still confident he'll be coming to Columbia, and that's our prediction barring a last-second change of heart.

It's down to Florida, Auburn, Bama or Ole Miss for Jefferson, so no matter where he ends up, it sounds like an SEC school will come away happy. The Gators and Rebels were up top for a while, but it sounds more and more like an in-home visit from the Crimson Tide made a serious impression. With recruiting analysts split on his likely destination, we have the Crimson Tide scoring a surprise upset.

Ivey is a Florida native getting lots of attention from SEC schools, and the Gators and the Auburn Tigers are currently leading the chase. Florida has a slight advantage going into signing day, but the only one who knows for sure where Ivey is headed is the man himself.

The #1 DE in the nation, Cowart (pictured up top) is also locked in a battle between Florida and Auburn (are you seeing a pattern?). The Gators were in pole position for a while, but Auburn is currently believed to have the edge. We'll all know for sure soon enough.