4 Things We Learned From Week 5 Of College Football 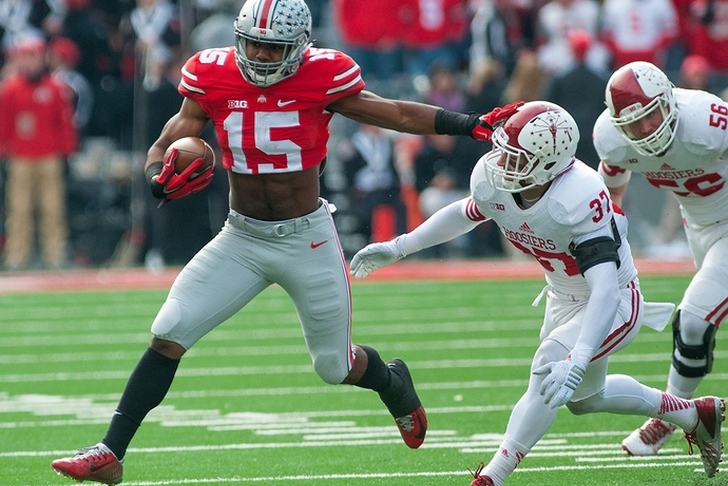 We've had a couple days to digest the craziest day we've seen in college football in awhile, and we're pretty sure we're capable of giving you a relative snapshot of what we THINK happened during a nutso Saturday. Here's 4 Things We Learned From Week 5 Of College Football.

Alabama Is A True Contender

Just last week, people were talking about the "end of the Nick Saban dynasty" like it was a foregone conclusion with then-#13 Alabama's road date against #8 Georgia looming.

So much for that.

Bama QB Jacob Coker ran the offense to perfection on Saturday, the defense schooled/destroyed UGA's offense in spellbinding fashion, and Bama basically turned in a perfect game in a 38-10 victory in front of a hostile crowd in Athens. After three top-ten teams (Ole Miss, Notre Dame, UCLA) fell on Saturday, Bama is now back in the College Football Playoff race at 4-1 and just as threatening as ever.

The #25 Gators throat-punched the #3 Ole Miss Rebels 38-10 in a statement home win that will resonate in Gainesville for years to come. Saturday was the moment where Florida officially announced "we're back" and perhaps reclaimed its spot as one of the elite programs in college football. Florida is now officially in the College Football Playoff, thanks to a suffocating defense and QB Will Grier who toasted Ole Miss' vaunted "Land Shark" defense for four TDs in the game's first 30 minutes.

The Pac-12 Is Completely Nuts So sayeth Arizona State who upended the #7 Bruins going away, 38-23 in Southern Calfornia. UCLA frosh QB Josh Rosen finished strong after having a dismal time of it for most of the night, but a stout Arizona State defense kept the high-powered Bruins overall-- rekindling the team's Pac-12 title hopes with a banner win. As it stands now, the Pac-12 is upside down. How upside down is it? Well, Cal (5-0) and Utah (4-0) are the only undefeated teams left.

FSU escaped a handful of near-upsets to tiptoe their way into the College Football Playoff last year. The defending champion Buckeyes have already staved off upset specials twice in five weeks, including a fingernail-cracking 34-27 escape job at Indiana on Saturday. We're not saying that it's going to continue on this way. But, Buckeyes fans still might want to hold on to their seats. It's been bumpy so far, but it may get bumpier if OSU can't cure the turnover bug (3 on Saturday, 13 in five games).