4 Most Impressive Team Performances In Week 9 Of College Football 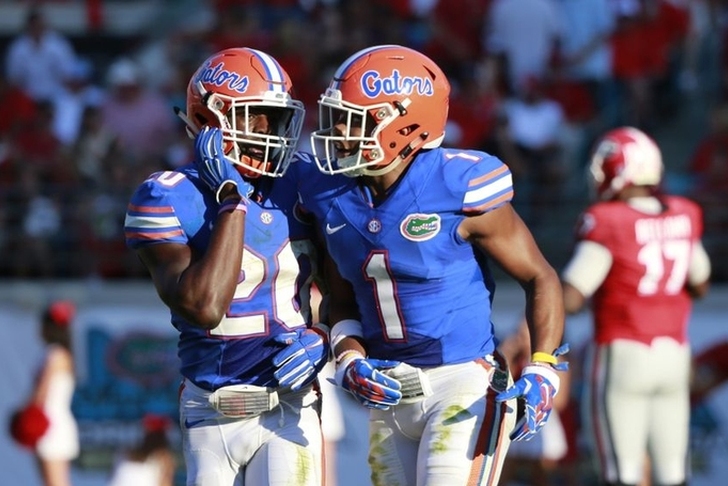 After another crazy Saturday of college football is in the books and we're all trying to sort out what happened. Several teams laid eggs this week, looking at you Texas, but others had great performances. This is for the teams who performed beyond expectations and played incredible. With that in mind here are the 4 Most Impressive Team Performances In Week 9 Of College Football. While Texas deserves plenty of flack for their awful performance, let's give some credit to Iowa State. They managed to shut out Texas in a 24-0 win, and prevented the Longhorns from crossing the Iowa State 47-yard line until the final 90 seconds. The offense played well for Iowa State and they deserved that win.

The Gators' game against Georgia was essentially the SEC East Championship game, as the winner would be in the driver's seat. The Gators played a great game, especially on defense. Florida forced five turnovers, including four interceptions of Faton Bauta. Florida ran all over the Bulldogs, to the tune of 258 yards. The Gators' effort was as complete as they come. FSU makes this list not because they beat Syracuse 45-21, but because they did so without several key players. RB Dalvin Cook and QB Everett Golson were out, but it didn't seem like FSU missed them at all. In place of Cook, Jacques Patrick racked up 162 yards and 3 TDs on 24 carries. QB Sean Maguire was wonderful, completing 23 of 35 passes for 348 yards and three scores. This was a game in which the Seminoles could have struggled, but they came out and dominated.

While I don't believe Illinois is a particularly good football team, that doesn't discredit Penn State's 39-0 win. The Nittany Lions thrashed Illinois in every phase of the game. Penn State racked up 400 yards of offense, while Illinois could only produce 167. Christian Hackenberg continued his strong play of late, by completing 21 of 29 passes for 266 yards and two scores. He even added a receiving touchdown on a trick play. PSU's effort was simply dominant.