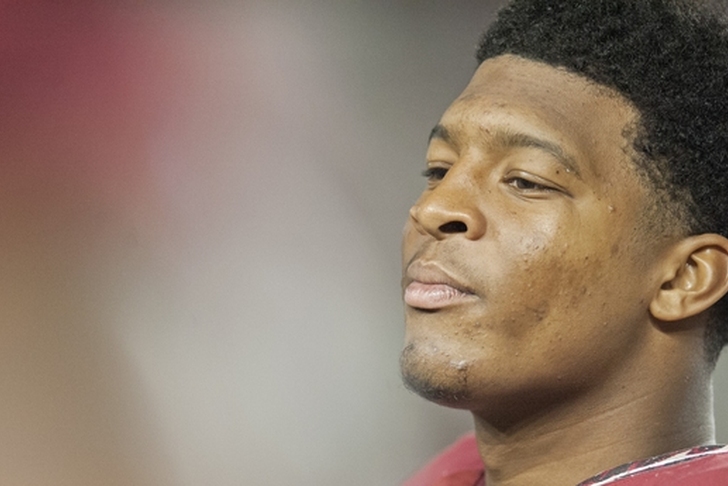 Jameis Winston had an...interesting run with the Florida State Seminoles. On one hand, he is one of the best quarterbacks the program has ever had -- combining a dynamic skill set, clutch plays and unquestionable on-field leadership to take the program to the next level. On the other hand, there were all the antics that Winston engaged in which kept college football fans glued to their Twitter feeds and laughing their butts off. With that in mind, here are the 4 Dumbest (Funniest?) Things Jameis Winston Did At Florida State.

(Note: We did not include the sexual assault allegations against Jameis. We're not here to implicate or make light of such a serious situation.)

A Burger King employee called the police in July of 2013 to complain that Winston had walked into the restaurant with three other men, didn't order food and decided to pilfer soda in miniature doses via ketchup cups. When she asked him to stop, he asked for a water cup and reportedly proclaimed that he was going to jack soda with that too.

We understand why the Burger King employee was mad, but why didn't she get a phone video of Jameis sneaking little doll-like cups of soda to his table with and get that on Twitter?!? Priorities, lady. Priorities.

The alleged infamous month-long BB gun battle between Winston and a host of other FSU players reportedly did $4,200 in property damage. Winston and roommate/teammate Chris Casher denied having any part in the BB gun fracas when stopped by police, but reports surfaced soon surface that Winston's apartment manager wanted to evict him before the athletic department promised that players would pay for the damage. In other news, Jameis Winston is actually Bart Simpson.

Winston reportedly stood up on a table in the Florida State student union last September and yelled "F*CK HER RIGHT IN THE PU**Y" at the top of his lungs. He was first suspended for half of the team's crucial ACC showdown against Clemson on the 17th before being handed a full-game punishment two days later.

Make your own jokes on this one. We (I) don't want to get fired. 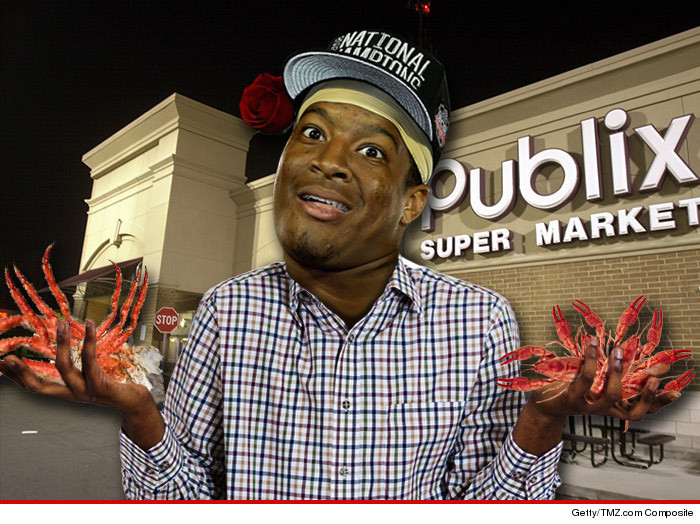 Publix has good crab legs tho. Jameis Winston was issued a civil citation last April after sheriff's deputies say he walked out of a supermarket without paying for $32 worth of crab legs and crawfish. Winston was cooperative, and with the blessing of the Publix store managers, Winston got off with 20 hours of community service. However, the bigger punishment was the thousands of Jameis crab legs memes that hit the internet within 24 hours of the news breaking.