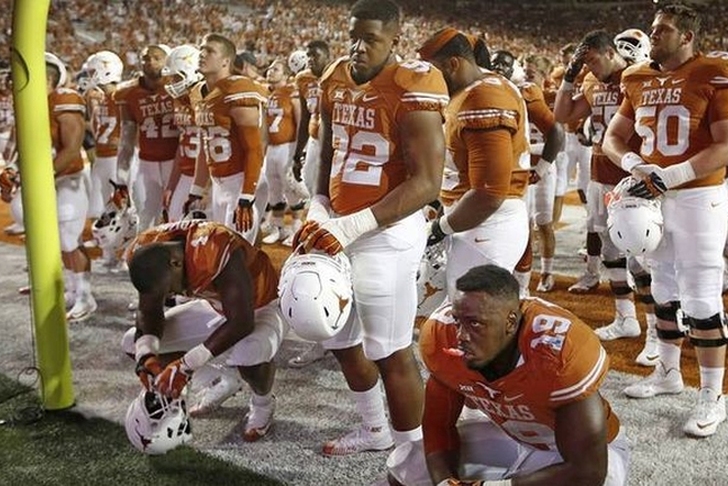 It's Week 6 of the college football and several teams need to prove something this weekend. While you can make an argument that every team has something to prove, we've narrowed it down to four teams that need a win over another talented team, or just a win in general. With that in mind, here are four teams something to prove:

Cal and Utah square off in the marquee game of Saturday's action, and both sides are looking at this game as one that will get them the national respect they so crave. Both teams are undefeated and think of themselves as Pac-12 frontrunners and College Football Playoff contenders, but few around the country think of them that way - even though Utah is in the top five after beating Oregon by 40 points. The winner of this game will suddenly become legitimate national title contenders and the favorite to win the Pac-12, while the loser will fall out of the national consciousness. The Bulldogs came into last weekend's game as the favorite to beat Alabama at home - the first time the Crimson Tide had been a betting underdog in a game since 2009 - but they fell flat on their face. After a sloppy start, Alabama scored 35 unanswered points to take a commanding lead that essentially ended the game halfway through the third quarter.

Georgia turned the ball over four times, committed eight penalties, and allowed Alabama's offense to gain nearly 400 yards even though most of the game was played in a torrential downpour. Head coach Mike Richt has been much maligned for his inability to win the "big game," and Saturday's game didn't do him any favors. The Bulldogs need a big win on the road at Tennessee to get their season back on track and regain some respect in the polls.

The sky is falling on the Longhorns.

Texas wasn't supposed to beat TCU last weekend, but they weren't supposed to get embarrassed, either. The Longhorns found themselves down 30-0 after the FIRST QUARTER and were never able to make a dent in the difference, losing 50-7 to the Horned Frogs. Texas' defense allowed over 600 yards, and they came into this season expecting to be the strength of this team. Now sitting at 1-4, it's clear that the Longhonrs are one of the worst teams in the entire country, putting head coach Charlie Strong's future in serious question.

A rivalry game against the Oklahoma Sooners is now on deck, and while that's another game the Longhorns are huge underdogs in, they desperately need to put forth a better performance even if it doesn't result in a win.