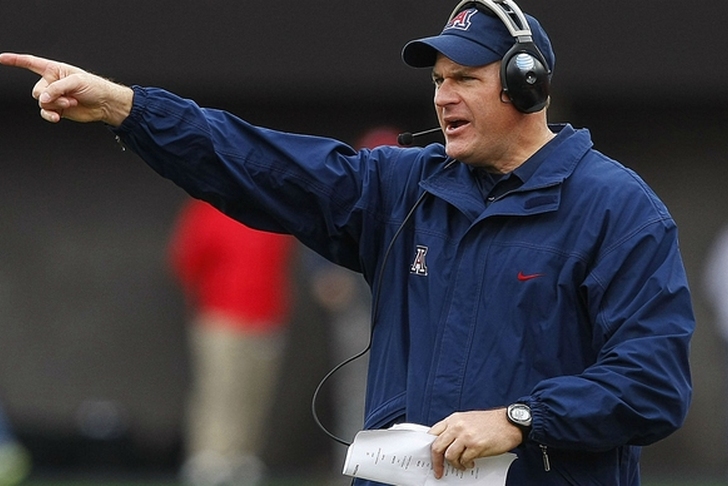 The coaching carousel is already spinning at top gear, with rumors flying everywhere in the world of college football. Some teams like Virginia Tech and USC have already made coaching hires. Other schools like South Carolina are still searching for a new head coach. Miami (FL) hired Mark Richt in the past 24 hours, but we're here to catch you up on the latest rumors surrounding the programs still searching for coaches. With that in mind, here are 4 College Football Coaching Rumors You Need To Know For Dec. 3rd:

The Gamecocks wanted Tom Herman, but he decided to stay with Houston. They also wanted Kirby Smart, but he took the gig at Georgia. South Carolina is still searching for a head coach and Will Muschamp might be the favorite at this point.

All signs continue to point to Will Muschamp as the next coach at South Carolina. Not done yet, though. #Gamecocks

One of the reasons Muschamp isn't set in stone at South Carolina is because the school is still interview candidates. One of those is Rich Rodriguez. Bruce Feldman reports that Rodriguez interviewed with South Carolina Thursday. Rodriguez is currently the head coach at Arizona. The Wildcats battled injuries this season and limped to a 6-6 record.

It appears that Sonny Dykes wants out of California. He's already interview at Missouri and is in contact with Virginia and South Carolina about their job openings, reports the San Francisco Chronicle. Dykes has helped turned Cal around, but will also likely lose a ton of talent this offseason, including star QB Jared Goff. The Chronicle also reports that Dykes has a contract extension on the table from Cal. Dykes might just end up at Virginia.

This one would cause complete chaos. The Browns have real interest in stealing Meyer away from the Buckeyes, as reported by Chat Sports. You can check out the full details by clicking here, but the Browns are willing to make Meyer the highest paid coach in the NFL.