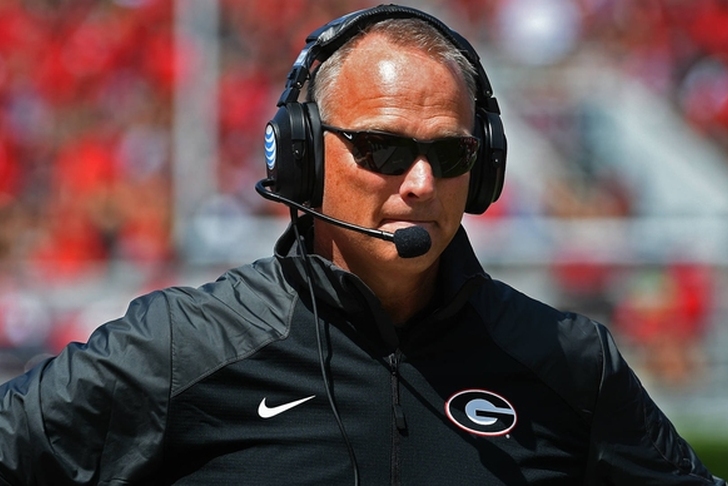 The coaching carousel is already spinning at top gear, with rumors flying everywhere in the world of college football. Some teams like Virginia Tech and USC have already made coaching hires. Other schools like Miami (FL) and Georgia are still searching for a new head coach. We're here to catch you up on the latest rumors surrounding the programs still searching for coaches. With that in mind, here are 4 College Football Coaching Rumors You Need To Know:

We could probably do three rumors just on Richt, but we'll merge them all into one here. Richt and Georgia "parted ways," which is just the nice way of saying he was fired. Richt will coach in the team's bowl game, which means he might decide to take a year off from coaching. However, he's still interviewing for several jobs.

The first comes from ESPN's Mark Schlabach, who reports that Virginia will interview Richt. Richt would be a massive upgrade over Mike London, Virginia's most recent head coach.

Richt is also interested in the Miami (FL) job.

Mark Richt is indeed in Miami today and was with Blake in the early afternoon. More than one person thinks the job is his if he wants it.

That comes from the Hurricanes' beat writer for the Miami Herald, so it's a trust worthy source. Richt played QB for Miami and it seems like it's his job to lose at this point. Speaking of Miami...

Miami (FL) Interviews Dan Mullen And Is Close To Making A Hire?

Richt isn't the only candidate the Hurricanes are interviewing for their opening. Mississippi State head coach Dan Mullen has interviewed for the job, per ESPN. Greg Schiano and Butch Davis have done the same and it seems like the Hurricanes are close to hiring their new coach. In fact, one reporter and former Miami alumnus is reporting the Hurricanes already know who they want.

I don't know who it is, but I'm told a decision has been made for the Canes head coaching job.

Take that with a large grain of salt, but it seems like the Hurricanes will be off the coaching carousel soon enough.

Notre Dame OC Mike Sanford was a candidate for jobs like Syracuse and Virginia, but he reportedly told recruits he'll be staying at Notre Dame. Irish Illustrated's Anna Hickey spoke with QB commit Ian Book and here's what he said.

“He’s staying with Notre Dame,” Book told Hickey. “He said he’s definitely not going anywhere. He’s really happy at Notre Dame and said he doesn’t have any interest in leaving.”

That's good news for Irish fans, as the 33-year old Sanford is an up-and-coming coordinator. He has a bright future ahead of him.

Sources indicate that Pruitt has a recommendation from former Bulldogs head coach Mark Richt and that he has been in contact with the Gamecocks about the position. Pruitt is believed to be highly interested in the South Carolina vacancy.

Smart is a candidate for the Georgia opening, so South Carolina could be looking for a backup option in case the Gamecocks can't land him.