4 College Football Coaches Who Just Need To Be Fired Already 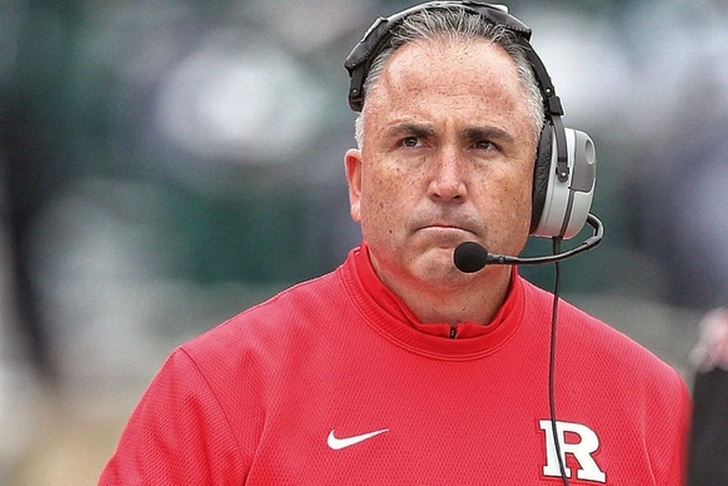 We're tired of the college football hot seat rumors. It's not that we think they're baseless. We just want those who deserve to be replaced to finally GET REPLACED. Here's our list of 4 College Football Coaches Who Just Need To Be Fired Already.

This is the second straight year of major underachievement for Auburn under Malzahn, raising questions as to just how safe his job really is. The offense has been spotty, and the complete failure of the defense to gain any sort of momentum under new defensive coordinator Will Muschamp is perplexing. How does a team this talented go from legit national title contender to middle-level SEC team in such drastic fashion? Isn't it inexcusable just how awful the run defense looked against Derrick Henry in a deflating 29-13 Iron Bowl loss?

If Gene Chizik finished 6-6 with the talent this team has, the pink slip would be a mere formality. At least Chizik has a national title to look back on.

Charlie Strong didn't inherit a great situation as the Longhorns don't have a lot of upperclassmen producing on the field, but that doesn't mean Texas should be this bad. The offense, even with the switch to Jerrod Heard at quarterback, has been one of the worst in the country, and the defense - Strong's specialty - has been frustratingly inconsistent all year long. One could point to the team's wins over Oklahoma and Kansas State as progress, but blowout losses to Iowa State and West Virginia underscore just how far backwards this program has gone under Strong's watch.

We don't know what it takes for this man to get fired. He completely violated NCAA rules regarding academics and then tried to hide it in the worst possible way. Oh, his team has also been plagued by arrests.  Flood is almost guaranteed to be fired after this season, especially with Rutgers fans booing Flood every time he shows up on the big screen in Jersey -- EVEN when that's during a designated driver PSA. Saturday's collapse in a 46-41 loss to bottom-feeding Maryland should be the final nail in Flood's scarlet coffin.

If it seems like London has been on the hot seat the past three seasons, it's because he has. He's lost at least seven games in four of his five seasons at the helm of Virginia. Finishing at 4-8, the Cavaliers will miss out on a bowl game. That's the final straw for a coach who has held this program static just below mediocrity for a half decade.