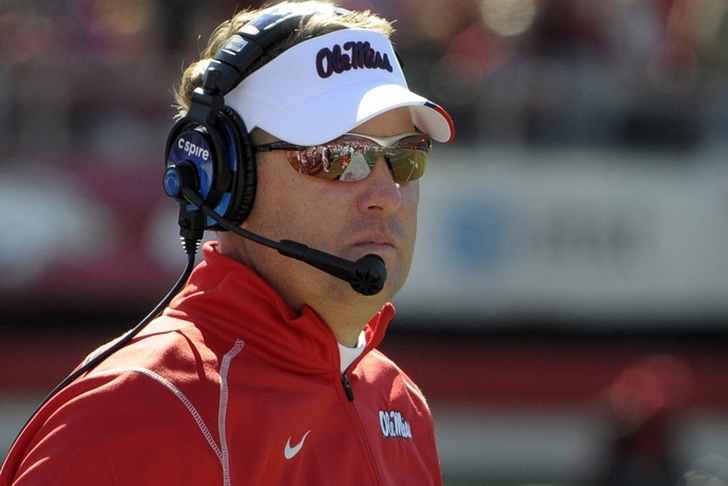 There have already been plenty of surprises - both positive and negative - in the college football season so far with teams overachieving or underachieving their preseason expectations. Guys like Nick Saban and Urban Meyer are obviously the two top coaches in the country, but both Alabama and Ohio State have been somewhat disappointing to this point in the season. Here are the four coaches that have done incredible jobs with their teams through the first part of the season:

Kelly's tenure at Notre Dame has been very up and down, but what he's done this year can't go unnoticed. The Irish are ranked sixth in the country despite starting the guy who was their third string QB in spring practice (DeShone Kizer), and eight key contributors are currently out with injuries. Despite all that, Notre Dame is undefeated and poised to make a run at the College Football Playoff.

Texas A&M barely made a bowl game last year, but after a season-opening win over Arizona State and strong performances against lesser competition, the Aggies are ranked 14th in the country. Quarterback Kyle Allen has emerged as a fringe Heisman contender and the defense is playing as well as they ever have under Sumlin. This team looks like they'll do a lot of damage in the crowded SEC West.

The Wildcats won just five games last year and were expected to be near the bottom of the Big Ten again in 2015, but that hasn't been the case. Northwestern opened the season with an impressive victory over Stanford and followed with wins over Eastern Illinois and Duke, and now are ranked No. 17 in the country. Their defense appears to be as good as any in the country, and they should play a factor in a Big Ten West division that's very much up for grabs.

There were many questions surrounding this Ole Miss team after their late-season collapse last year, but they've answered them all and then some. Freeze led the Rebels past Alabama for the second straight season, and they're now the favorites to win the SEC as the No. 3 team in the country.