4 Bowl Games To Avoid At All Costs 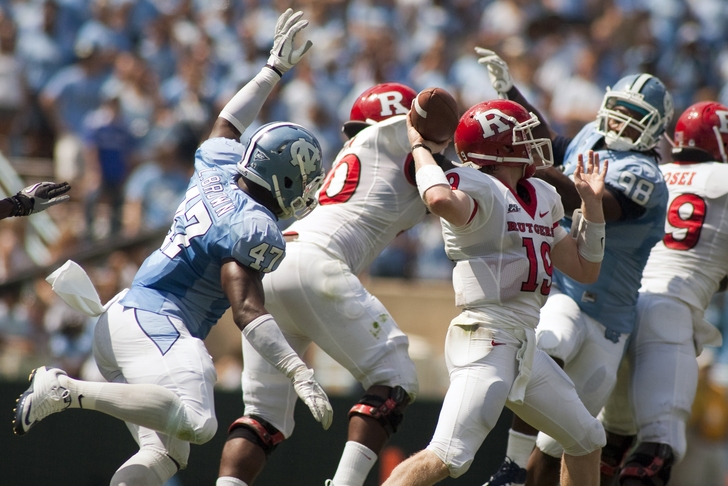 There are 39 Bowl Games this season...and if we're being honest, you really shouldn't watch all of them. While there are some excellent matchups (we highlighted our top five here), there are also some real snoozers in the bunch, and that's why we've put together this reverse viewing guide - four games you're really better off missing.

What did our armed forces do to deserve this? Houston played two watchable games all year (a 33-25 loss to BYU and a 38-31 loss to Cincinnati), and if you take away unpredictable running back James Conner (he followed up a 220-yard outburst against UNC with 38 against Syracuse), this Pitt team is about as exciting as a trip to the dentist.

North Carolina State's schedule this year made Ohio State's look like Tennessee's (after their 35-7 rout of UNC, their only other impressive victory was over...Wake Forest? Syracuse? Seriously, help us out here). After watching UCF's losses to Penn State and Mizzou, we were surprised to see they turned things around...but like NC State, their wins weren't exactly the most convincing (narrow Ws over BYU and Houston are at the top of their resume). Unless you attended one of these schools, give this one a miss.

Stanford is currently favored by more than two touchdowns, and honestly, that's being a little generous to Maryland. This Cardinal team just beat then-#8 UCLA 31-10, and every single one of their five losses came to a ranked opponent (only #2 Oregon and #15 Arizona State beat them by more than a field goal). Maryland, meanwhile, played two ranked teams this year, and lost by a combined score of 89-39. Throw in the fact that this is basically a home game for Stanford (it'll be played a Levi's Stadium, about a 20 minute drive away from campus), and you have the makings of one ugly, one-sided bowl game.

Don't press send on that angry email just yet, UNC fans - your team is plenty exciting, but this one really isn't on you. Imagine for a second that you're a team on the lower end of bowl eligibility - you've had a tough year, but you know you'll at least be heading somewhere nice in December for a bowl game. Then, you find out that instead of Florida, Arizona, California or the Bahamas...you'll be spending your Christmas in Detroit. Not a scenario that screams motivation, is it? Rutgers finished the season 2-4, but it isn't like they were lighting the Big 10 on fire before that (their 26-24 win over Michigan was easily one of the worst football games we watched all year). Finally, throw in the fact that UNC fans have all switched over to basketball by this time of year, and you have one very easily skippable bowl game.

What Would An Expanded College Football Playoff Look Like?