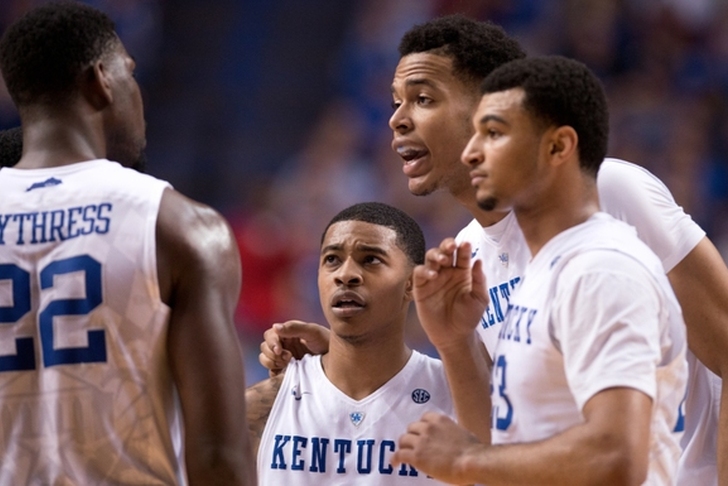 This may seem blasphemous, but I don't think Kentucky is a championship-level team this year. They have all the talent in the world, yet there are still significan weaknesses that will hold them back come March. Kentucky's losses to lesser UCLA and Ohio State teams showcased the Wildcats' inability to consistently hit shots from the perimeter, as well as their lack of strength and physicality down low.

Freshman center Skal Labissiere has been a huge disappointment, and they were really counting on him to be their lone post presence on both ends on the floor. Unless UK's big men significantly step up their rebounding, the Wildcats will not be making the Final Four.

The back-to-back Big East champs are looking to rebound from back-to-back Round of 32 losses in the NCAA Tournament, but I don't see that happening this year. They still lack size (only one contributor over 6'7") and effectiveness on the glass, which really hurts them when the opposition can slow the game down.

The new 30-second shot clock will speed the game up and make Villanova's guard-heavy lineup more effective, but they're still too one-dimensional to make any real noise against more talented teams that can take away their shots on the perimeter. Make no mistake about it - the Cavaliers are a very, very good team. Senior Malcolm Brodgon and junior London Perrantes headline one of the best backcourts in the country, and center Mike Tobey appears to have taken a step forward and given them an equal in the post. We know UVA is a great defensive squad - we just need to see if they have enough options and talent on offense to become really dangerous. Their defense will allow them to make a deep run, but the offensive struggles will ultimately keep them from being a Final Four team.