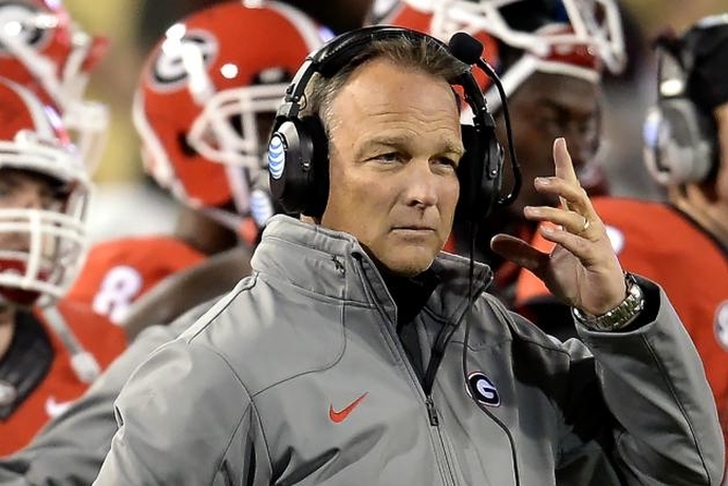 The biggest obstacle standing in Michigan State's way is Ohio State, and since they have to face the Buckeyes in Columbus this season, chances are they'll lose that game. They'll have to go undefeated from there to keep themselves in the running, but they won't be able to make it out of a matchup with Oregon and conference road games against Nebraska and Michigan without another loss on their resume.

For as many interceptions as Jameis Winston threw for the Seminoles last year, he still managed to carry FSU to a lot of victories in games they should have lost. Now, Florida State will have a first-year starter at QB in their system (Notre Dame transfer Everett Golson or Sean Maguire), and with star running back Dalvin Cook suspended indefinitely, they'll undoubtedly lose a game or two along the way.

How many times are we going to do this with Georgia?

Every year, the Bulldogs are ranked in the top 10 or top 15, only to disappoint by the halfway point of the season. This year will be no different.

Running back Nick Chubb is a bona fide Heisman contender, but they'll have a HUGE question at quarterback no matter who wins the job. Add in a suspect defense, road games against Tennessee, Florida, and Georiga Tech, and a matchup against Alabama, and it's much easier to see this team finishing 7-5 than earning a playoff bid.