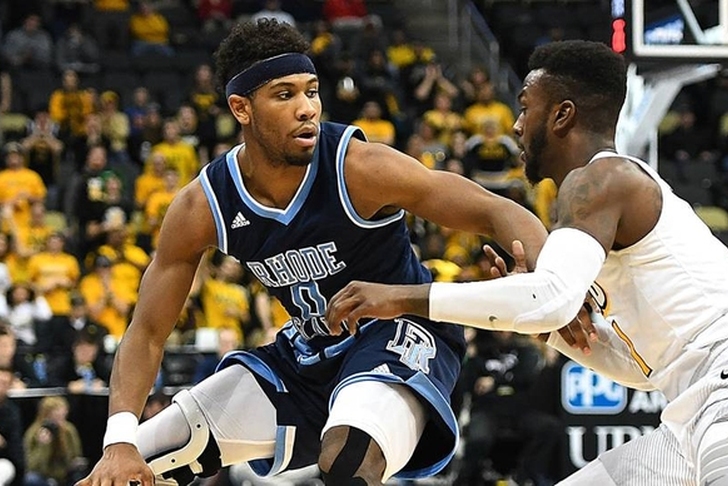 First round upsets are commonplace in the NCAA Tournament (here are the ones I think will happen this year), but true Cinderella runs are rare. Those teams usually fail to make the Sweet 16, making runs like George Mason's to the Final Four, VCU's to the Final Four, Butler's to the national championship game and Florida Gulf Coast's improbable Sweet 16 run as a 15-seed that much more memorable.

Which lower-seeded teams have the best chance to make a long run this year? Here are the three most likely candidates: Rhode Island was ranked in the top 25 in the preseason, but suffered a few disappointing early season losses and dealt with injuries to key players all season. That put them right on the bubble - then the Rams got healthy and got hot, winning the Atlantic 10 Tournament to earn the conference's automatic bid. Rhode Island now enters the tournament on an eight-game winning streak, and with all their players as healthy as they've been all season, they're starting to play up to their potential as one of the better teams in the country.

In a nutshell, the Rams appear to have it all. They have a star in E.C. Matthews. They have size and they can shoot. And, as fate would have it, are in a region where it wouldn't be a stretch for them to make a major run.

They play Creighton in the first round, and the Blue Jays have been playing without star point guard Maurice Watson Jr. for the past two months. A win would likely put them against Oregon, who just lost starting center and leading shot-blocker Chris Boucher to an ACL injury. Then they'd likely play either Louisville or Michigan, both of whom have major flaws (Louisville's half court offense, Michigan's defense). The one seed, Kansas, has a reputation for falling short in big tournament games under Bill Self.

Now, I'm not predicting Rhode Island will make the Final Four, but there is at least a visible path. If you're looking to pick a mid-major to make one of those memorable runs, a path is all you can ask for.

Wilmington nearly upset Duke in the first round last year, and they have been waiting to make their mark in this year's tournament. They'll get that chance against Virginia, and that could be the start of a long, long run. They're extremely balanced with four different players averaging at least 12 points, led by 6-foot-5 sophomore C.J. Bryce (17.6 ppg). You can also add efficiency to the list of things they do well, as they lead the nation in fewest turnovers per possession - which is huge come tournament time.

They start a four-guard lineup that spaces the floor, and all four of those guys can be deadly from the three-point line. That makes them a matchup problem for most teams and should take them to the Sweet 16. From there, they're expected to run into Villanova. That's where I have UNCW's run ending, but weird things happen in March - and the Seahawks have the firepower to pull off some stunners.

We know about Middle Tennessee's work as a 15-seed last year when they beat Michigan State, and they return almost everyone from that team. Junior Giddy Potts (15.8 ppg, 5.5 rpg) was the star of last year's tournament for the Blue Raiders, and they've added Arkansas transfer JaCorey Williams, who is averaging 17.3 ppg and 7.3 rpg. They are talented, proven (No. 35 RPI) and experienced, which makes them a real threat to make a deep run.

Their first round matchup, Minnesota, doesn't have any tournament experience, making them a prime candidate for the 5/12 upset. Butler (the four seed in the region) could be ripe for an upset as well given their inconsistencies this year. Then Middle Tennessee would likely face North Carolina, a matchup in which they would be heavy underdogs. However, as this group showed last year, they don't have a problem going giant killing.