3 Most Overrated Teams In The AP Top 15 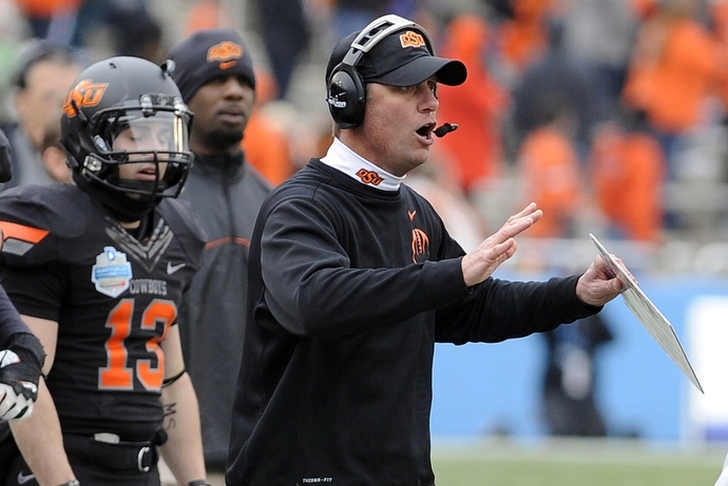 The AP Top 25 reveal on Sunday showcased some very interesting movement, including the placement of three Top 15 teams which left us scratching our heads. Here's our list of the 3 Most Overrated Teams In The AP Top 15.

The Tar Heels are a fantastic story, and may even lock up a College Football Playoff berth if they somehow topple #1 Clemson in the ACC title game. However, we're not buying this UNC team even over two-loss teams such as Notre Dame and Stanford. North Carolina doesn't have a win over any of the teams in the current AP Top 25. In fact, since they didn't play Clemson or Florida State in the regular season, they haven't played anyone in Sunday's rankings reveal.

Their loss came in Week 1 against a South Carolina squad that lost to The Citadel (!). How are they #8 again?

Northwestern has 10 wins for just the fourth time in school history, matching their win output over the preceding two seasons. That's great and all, but Northwestern folded like a hammock in its two biggest games of the year -- losing by a combined 78-10 count in back-to-back losses to #19 Michigan and #4 Iowa. The season-opening win over #7 Stanford looks fantastic in retrospect, but that was a very different Cardinal team in Week 1. Other than that, Northwestern's biggest W was an ugly 13-7 affair at Wisconsin.

They're worthy of a look for an at-large berth in the New Year's Six, but not deserving of a spot.

Oklahoma State's dreams of an undefeated season and Big 12 title took a sharp left turn into the ditch in Weeks 12 and 13. OSU gave up a combined 103 points in losses to #12 Baylor and #3 Oklahoma. That's not especially damning considering how high-octane those offenses are, but it's indicative of a larger problematic trend for the Cowboys. Other than a blowout win over winless Kansas, OSU's defense was below mediocre, if not downright awful at times over its final nine games. Mike Gundy's squad gave up 26 points or more to every opponent other than KU in that stretch, including way-too-close games against Texas and Iowa State.

The Cowboys are a fun team to watch, but that's the extent of the "Top 15" credit they're due right now. Ole Miss and Michigan are two three-loss teams in particular we'd move ahead of the two-loss Cowboys.