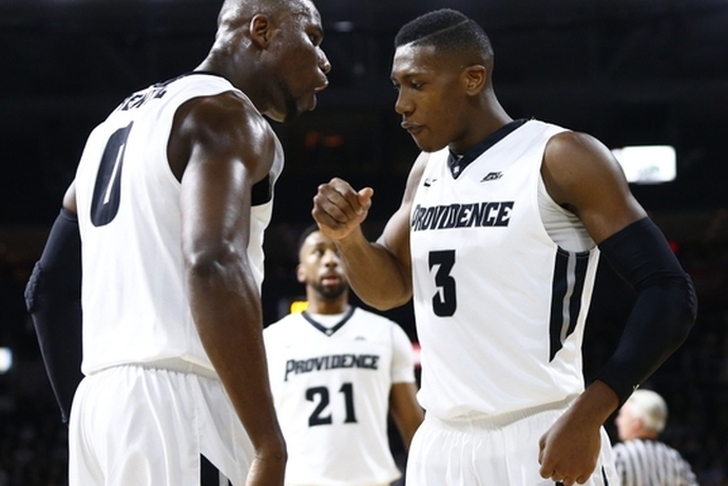 Every year, there is always one or two college basketball teams that defy their seeding and make surprise run deep through the NCAA Tournament, and this year will be no exception. As we prepare for the regular season, here are three teams that could make a Cinderella run to the Final Four this season:

The Friars only loss came to Michigan State, but they have still showed enough to be considered a real threat this year. Junior point guard Kris Dunn (16.8 ppg, 6.9 apg, 6.1 rpg) is the most-talented-player-in-the-country-not-named-Ben-Simmons, and he has the potential to lead the Friars on a Kemba Walker-like run this year. If forwards Rodney Bullock (13.9 ppg, 7.4 rpg) and Ben Bentil (17.5 ppg, 7.3 rpg) continue to play well, Providence will be a team that slowly creeps up the rankings and makes a deep run in March. Miami was flying high after beating Utah and Butler, but a loss to Northeastern sent them crashing back to earth. They've handled their business since then, recording convincing victories over Nebraska and Florida. Seniors Sheldon McClellan (16.8 ppg) and Angel Rodriguez (12.9 ppg, 4.0 apg) combine for one of the most underrated backcourts in the country, leading Miami's explosive offense that ranks 25th in the nation (85.2 points per game). They're not going to win the ACC regular season, but will be an extremely dangerous team in March because of their guard play, experience, and scoring ability.

A dark horse mid-major to watch for this season is George Washington. Xavier, Dayton, Gonzaga, and Wichita State will get most of the press, and rightfully so, but this Colonials team is capable to causing some damage in the tournament. They're a veteran team with balanced scoring (six players average 8.3 points or more) that shoots well from the floor, especially from three-point range. However, they really make their name on the defensive end of the floor, where they limit opponents to just 66.7 points per game.

George Washington's lone loss came in a 61-56 slugfest against a good Cincinnati team, while they already have wins over Virginia and Tennessee. They've now emerged as one of the favorites to win the Atlantic-10, but even if they don't, this team is well-rounded enough to make a long run through the NCAA Tournament.