3 College Football Underdogs You Have To Bet On This Weekend 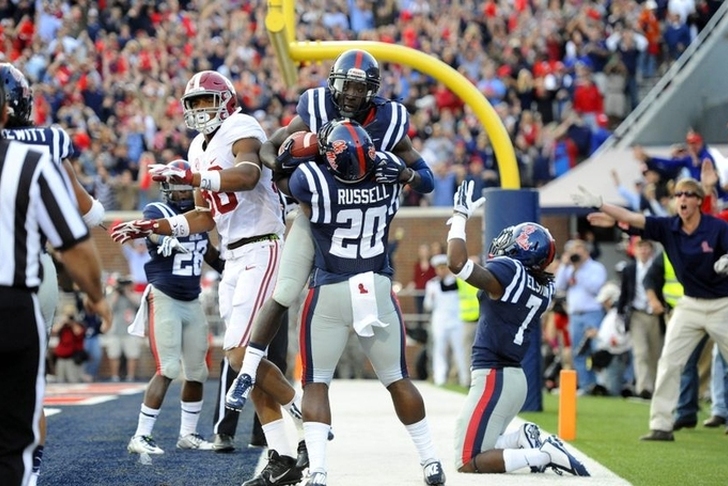 College football is perhaps the most unpredictable sport in the world with unbelieveable upsets occuring on a weekly basis, and boatloads of money is bet on big games as a result.We're here to help - here are three underdogs you have to bet on this weekend:

Steve Spurrier has a knack for winning, or at least being competitive, in rivarly games, and we know he has something up his sleeve in this one.

Georgia is led by Nick Chubb, arguably the best running back in the country. However, he's had to carry the entire offense because of the shaky play of starting quarterback Greyson Lambert. He's only thrown 33 passes through the first two games (57.6 completion percentage) and is averaging less than eight yards per attempt.

South Carolina will be able to load the box to stop Chubb because Lambert hasn't shown he has the ability to beat a defense, and if the Gamecocks can move the ball on offense like they did in the second half against Kentucky (247 total yards), they'll be able to keep this one close.

Did we not learn out lessen about the Rebels a season ago?

Alabama is looking to get revenge for their loss to Ole Miss last year, but there are still a plethora of questions surrounding the Crimson Tide. They haven't quite figured out their quarterback situation, which doesn't bode well for the offense. Jake Coker and Cooper Bateman have combined for just three touchdown passes and two interceptions through the first two games, showing how much the Tide rely on their running game. Running back Derrick Henry is a bonafide Heisman candidate, but if Alabama's passing game struggles continue, they will have a hard time moving the ball against Ole Miss' top defense.

The Rebels currently have the top offense in the country to go along with their amazing defense, and if they can put up just half of their current 74.5 points per game average, they should win. While that's a tall task to ask Ole Miss to beat Alabama on the road, this is a true heavyweight battle that will be close throughout. Take the points.

Notre Dame is starting backup quarterback DeShone Kizer, who took over in their narrow victory over Virginia last week after Malik Zaire suffered a broken ankle. The Irish are underdogs, even at home, because of that, but ND's offense might not take a step back with Kizer under center. He was almost twice as efficient as Zaire against UVA, and passed for two touchdowns in a little over a quarter of action - including the game-winner with just seconds left. Without a big dropoff on offense, playing this game in South Bend could be the difference and give the Irish the win.