3 College Football Underdogs You Have To Bet On This Week 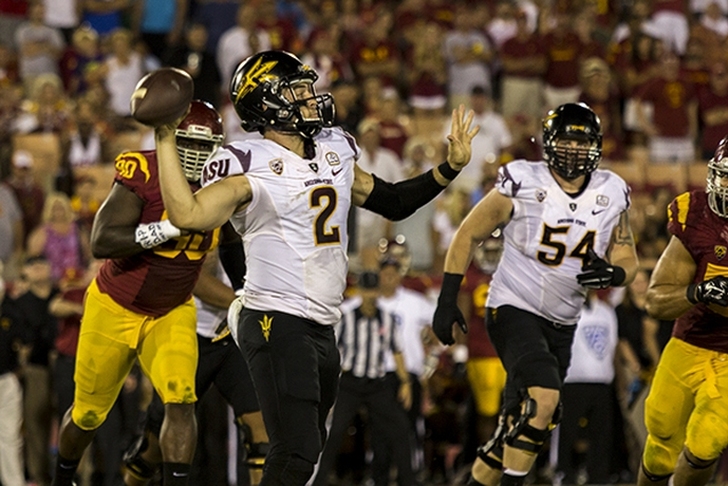 College football is perhaps the most unpredictable sport in the world with unbelieveable upsets occuring on a weekly basis, and boatloads of money is bet on big games as a result. We're here to help - here are three underdogs you have to bet on this weekend:

The Horned Frogs have suffered numerous injuries on defense, specifically to their linebacking core, and their defense has struggled mightily because of it. They gave up 37 points to a much less talented SMU team, and Texas Tech has the third ranked offense in the country. This game will big an exciting shootout, and may come down to whoever has the ball last. Bet on the Red Raiders to keep this one extremely close throughout, even if they don't win.

The first in a trio of intriguing Pac-12 night games on the slate today, UCLA and Arizona meet in a battle of the top two Pac-12 South contenders. Bruins freshman quarterback Josh Rosen has struggled after a great performance in his debut, while Arizona is looking to gain respect and prove that last year's division title and Fiesta Bowl berth wasn't a fluke. Look for the Wildcats' experienced defense to confuse Rosen and force multiple turnovers in an Arizona victory. This game is between two teams that desperately need a win to get their seasons back on track. Arizona State lost their opener to Texas A&M and hasn't been ranked since, while USC was upset by Stanford and may have lost their chance to make the College Football Playoff. Both teams will play with an intensity and desperation that will make this one exciting, but also give the advantage to the home team. The Sun Devils beat USC on the road last year, and they'll likely repeat that feat tonight.