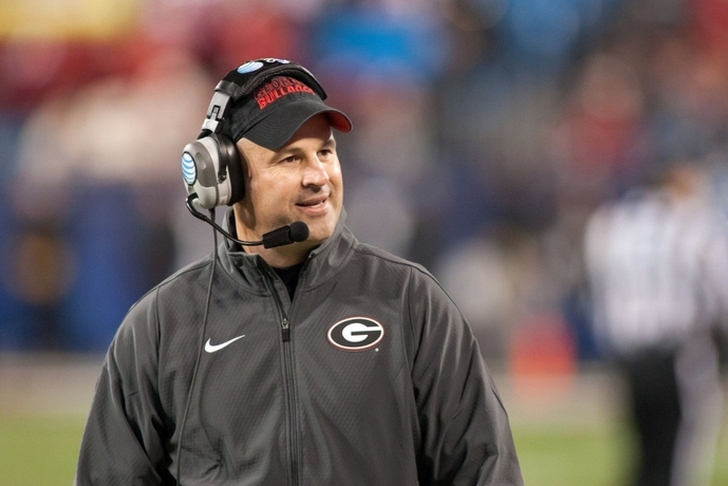 The coaching carousel is already spinning at top gear, with rumors flying everywhere in the world of college football. While most teams have hired their head coach, there are some high-profile schools searching for coordinator help. We're here to catch you up on the latest rumors surrounding the programs still searching for coaches. With that in mind, here are 3 College Football Coaching Rumors You Need To Know For Dec. 9th:

"I want to thank Coach Strong and everybody at the University of Texas for the opportunity to be the offensive coordinator there," Cumbie said. "It is a position that I have seriously considered and given much thought to. There are many factors that go into making decisions like this and after weighing them all, TCU is where my family and I want to stay."

That means Texas are still searching for a coordinator and the Longhorns are now targeting Tulsa co-OC Sterlin Gilbert. Texas is interviewing Gilbert, who was with Bowling Green before joining Tulsa. He also led the offense at Eastern Illinois, where he coached current Patriots QB Jimmy Garoppolo. If Gilbert is hired as OC, he'd likely run a Baylor-style offense.

The Michigan Wolverines are searching for a new defensive coordinator and it might end up being former Georgia DC Jeremy Pruitt. The Wolverines lost DC D.J. Durkin when he took the head coaching job at Maryland. Per 247Sports, Pruitt and head coach Jim Harbaugh will meet in the near future. Pruitt is a hot coordinator candidate and is searching for a job since he won't be returning to Georgia with the firing of Mark Richt.

The Crimson Tide may have narrowed down their candidates for the open defensive coordinator job to two coaches, reports 247Sports. The team is searching for a replacement for Kirby Smart, who took the head coaching job at Georgia. The two options are Alabama secondary coach Mel Tucker and Pruitt. Both have ties to Alabama, as Pruitt played and coaches at Georgia. Tucker has spent time as a defensive coordinator in the NFL and could stay on staff if the team hires Pruitt.