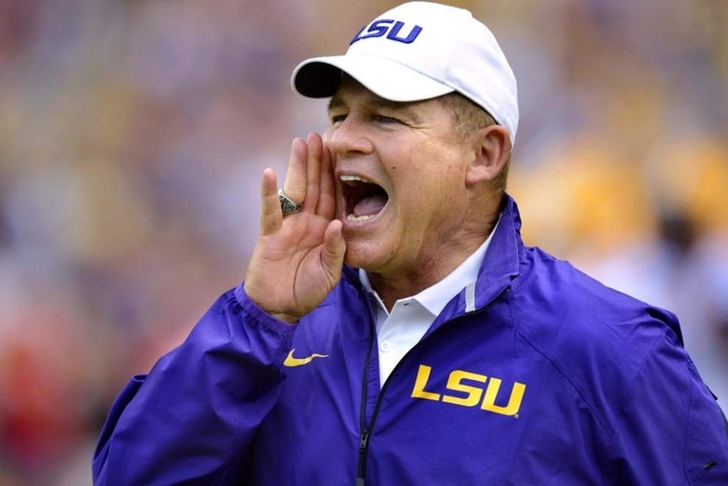 College football is a fickle business where mediocre results over a relatively short span can get (if not, usually gets) a head coach fired. These next three coaches are probably more aware of this than the average Joe. Here's our list of 3 College Football Coaches Who Could Be Coaching For Their Jobs In Week 13. The Tigers went from National Championship contender to unranked after three straight losses, which has led to speculation that Miles won't be head coach at LSU much longer. The latest report comes from The Times-Picayune, a New Orleans-based newspaper. Their source says that Miles' massive buyout won't be an issue for the LSU athletic department. If Miles is fired, he is due a $15 million buyout, but the program can stretch that out over eight years. The most influential of the team's boosters appear ready to set Miles loose regardless of they lost their fourth straight this week, especially with rumblings that Florida State head coach Jimbo Fisher is on their radar.

Charlie Strong didn't inherit a great situation as the Longhorns don't have a lot of upperclassmen producing on the field, but that doesn't mean Texas should be this bad. Tthe defense - Strong's specialty - has been frustratingly inconsistent all year long. The offense has also been a hot mess for the majority of the year, whether it's Jerrod Heard or Tyrone Swoopes under center. One could point to the team's wins over Oklahoma and Kansas State as progress, but blowout losses to Iowa State and West Virginia underscore just how far backwards this program has gone under Strong's watch. If Texas can't beat Texas Tech in their home finale this week, they'll be staring down a road game at Baylor with a 4-7 record.

That may be enough to cost Strong a third year in Austin.

If it seems like London has been on the hot seat the past three seasons, it's because he has. He's lost at least seven games in four of his five season at the helm of Virginia. At 4-7, the Cavaliers will likely miss out on a bowl game (barring some 5-7 craziness). However, back-to-back wins over Duke and rival Virginia Tech to end the season could be enough to stave off the job reaper. We're not betting on it, but stranger things have happened.