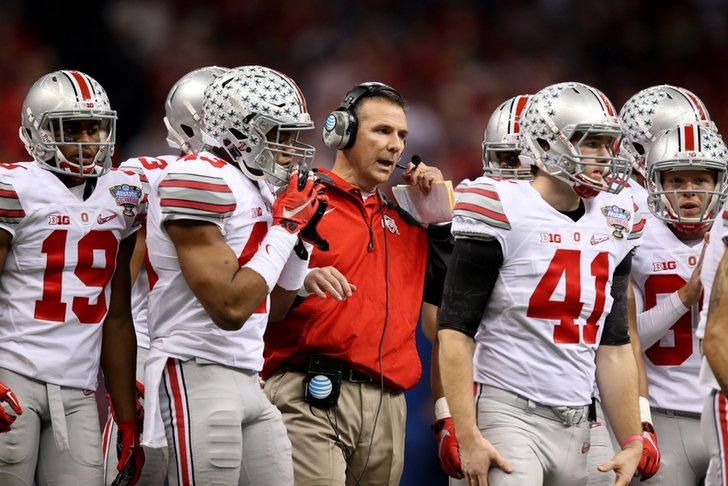 The 2014 college football season is over, so it's time to look forward to next year. Several teams made major statements in their bowl games and have made their case to start next season as the top team in the country. Who will be competing for the No. 1 ranking next year? The Crimson Tide may have lost to Ohio State in the first round of the college football playoff, but head coach Nick Saban will have them near the top of the rankings again next season. Star wideout Amari Cooper and quarterback Blake Sims will be gone, but backup quarterback Jake Coker is very capable and nearly won the starting job this year. Alabama's defense should return eight or nine starters, creating what should be another dominant squad from Tuscaloosa. No team made a bigger statement in their bowl game than TCU. They absolutely scorched the best defense in the country, putting up 42 points on an Ole Miss team that gave up just over 13 points a game during the regular season. Quarterback Trevone Boykin will be a Heisman candidate again next year, and he'll lead one of the most potent offensive attacks in the country. The Horned Frogs should return 16 starters, and will be hungry to make the College Football Playoff after getting snubbed this year. Ohio State won the inaugural College Football Playoff with a dominant 42-20 win over Oregon, and there's no reason to think they won't be better next year. Quarterback J.T. Barrett will be back and improved (a scary thought considering he was playing as well as anyone in the country before he broke his ankle against Michigan), as will star running back Ezekiel Elliott.