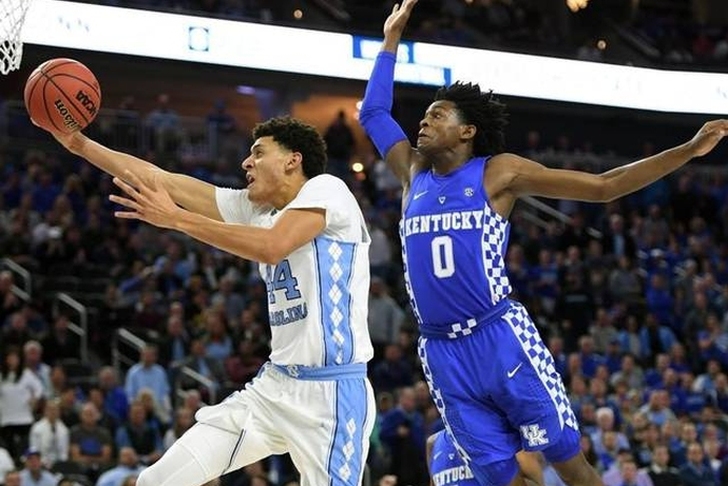 With Gonzaga and Oregon winning and advancing to the Final Four on Saturday, the final two berths will officially be handed out this afternoon. It's an all SEC affair in the East Region, where Cinderella South Carolina is looking to make the Final Four for the first time in school history against a Florida team that hasn't been there since 2014. In the South Region, it's a battle of bluebloods between North Carolina and Kentucky.

So, which teams will make history and extend their seasons? Here is a preview and prediction for both of tonight's games. Whoever wins this game will be the lowest-seeded team in the Final Four. Florida pulled off a stunning last-second victory over Wisconsin in their previous matchup, while South Carolina has won their three tournament games by an average of 15.7 points per game. Both teams play tremendous defense, and both have played better than normal on offense in the tournament as well.

However, this game will be decided by the team's two star players - KeVaughn Allen for Florida and Sindarius Thornwell for South Carolina. In the two previous games between the teams this year, which they split, Allen scored one point in the loss and 26 points in a win. Whichever one of these two wins their individual matchup will lead their team to a victory. And, in this tournament, no player has been more impressive than Thornwell.

This matchup between two of the elite programs in college basketball has a chance to be the game of the tournament. Kentucky's star freshmen backcourt of De'Aaron Fox and Malik Monk led the Wildcats to a convincing win over UCLA in the Sweet 16, while North Carolina's size had led them to this point. Both of those things will decide this game - can UNC find a way to contain Kentucky's backcourt, and can Bam Adebayo and UK's bigs hang with Carolina's?

This game will be close, but I just think Kentucky has too much firepower. Kentucky won the regular season matchup between the two teams in a 103-100 thriller, thanks to Monk's 47 points. While that likely won't be the case again, it did prove that North Carolina doesn't have the personnel to defend both Fox and Monk. Both are also playing at an extremely high level right now, and Adebayo is big and athletic enough to at least compete with the Heels on the glass.