2016 Sweet 16: Thursday And Friday's Games Ranked From Least Watchable To Most Watchable 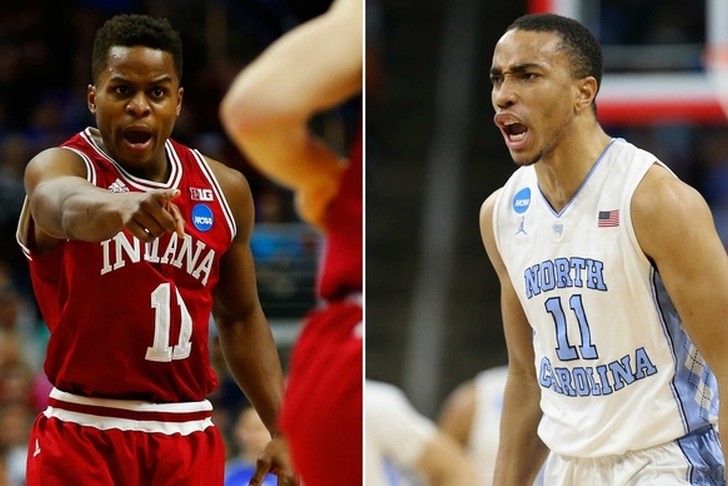 The Sweet 16 is here. March Madness and the 2016 NCAA Tournament return this weekend, with four of the Sweet 16 games tipping off Thursday and four more on Friday. While we've ranked every game, they are all worth watching. After, this is March Madness. Here are the Sweet 16 ranked from least watchable to most watchable.

8. Gonzaga (11) vs. Syracuse (10) - 9:40 p.m. ET Friday
These are the closest thing to our Cinderella teams. Syracuse barely made the Tournament, while Gonzaga had to win the WCC Tournament. The Zags are playing great, and are favored. The 'Cuse zone could give Gonzaga trouble, 6-foot-11 forward Domantas Sabonis will be a problem for the undersized Orange.

7. Notre Dame (6) vs. Wisconsin (7) - 7:27 p.m. ET Friday
Last March, these two teams won a combined eight games. The two squads aren't as good as they once were, but they've managed to advance to the Sweet 16. Both Wisconsin and Notre Dame have won close games so far. For the Badgers to beat the Irish, they need better play from Nigel Hayes. He's been bad this March.

6. Virginia (1) vs. Iowa State (4) - 7:10 p.m. ET Friday
Something has to give in this game. UVA has a great defense, while Iowa State puts up points in bunches. Defense usually comes out on top, and that might be the case here.

5. Miami (3) vs. Villanova (2) - 7:10 p.m. ET Thursday
Both Miami and Nova are guard-oriented, which makes for an interesting matchup. Nova is more of a 3-point shooting team, while Miami likes to drive to the lane. Villanova looked incredible against Iowa, while Miami blew a big lead against Wichita State before holding on.

4. Oregon (1)  vs. Duke (4) - 9:55 p.m. ET Thursday
Duke has been a lesser seed in the NCAA Tournament twice since 2003, losing both times. Oregon got a bit of a scare from St. Joe's, but held on. The same was true of Duke, which nearly yet Yale pull off a crazy comeback. Duke doesn't matchup up great against Oregon's pressure and spreading out of defense, but Oregon lacks an ideal defender for Brandon Ingram.

3. Oklahoma (2) vs. Texas A&M (3) - 7:37 p.m. Thursday
Any game with Buddy Hield is must-watch. He's been spectacular so far, and OU will need him to continue that type of play. As added bonus, we're getting a former Big 12 matchup in this one. A&M does not defend the 3-pointer well, and that could doom them.

2. Kansas (1) vs. Maryland (5) - 9:40 p.m. ET Thursday
The real question for this game is which Maryland team shows up. Is it the team that dominated early in the year, or the one that limped in down the stretch? If it's the former, this is going to be a great game. Kansas hasn't lost since Jan. 26th, and there isn't a hotter team in the nation.

1. North Carolina (1) vs. Indiana (4) - 9:57 p.m. ET Friday
The Tar Heels have a deadly front-court, but the Hoosiers have the size to match up. UNC used big second halves to win both their games, but they started slowly in both games. That could happen again against Indiana, but this one won't be a blowout. It could very well go down to the wire.