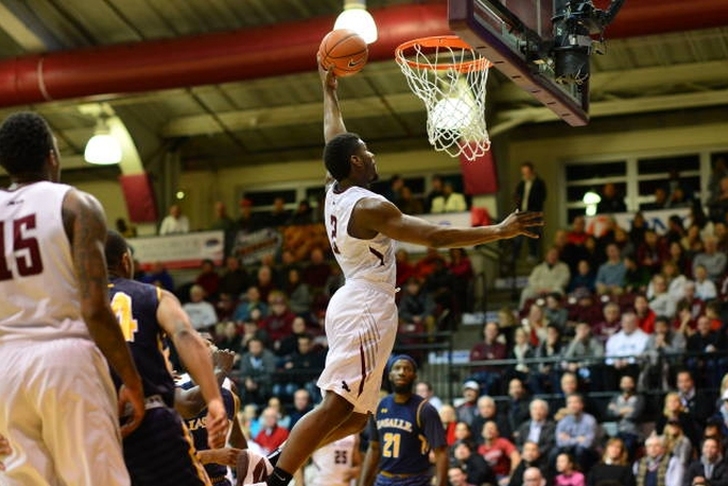 St. Joseph's is in the NCAA Tournament for the second time in three years, and the Hawks are looking to get their first tourney win since they made the Elite 8 in 2004. Here's everything you need to know about St. Joe's:

Bembry won Atlantic 10 Player of the year this year, but I think Miles is the X-factor to St. Joe's success. Miles' play has taken a giant leap forward this season, and he has taken this whole Hawks team with him. He is averaging team and career highs in both points and rebounds while drastically improving his efficiency, shooting 52.2 percent from the field. However, what makes the 6'7" swingman really dangerous is his ability to stretch a defense from the three-point line, shooting 38.9 percent from long range.

The biggest thing that has worked in St. Joe's favor this season is not hurting themselves. They rank 13th in the country in assist-to-turnover ratio, playing nearly mistake-free basketball.

The Hawks don't have a lot of athleticism on their roster, and that shows on the defensive side of the ball. They play a great team scheme, but they really struggle at forcing turnovers, ranking 284th in the country with 5.1 steals per game.

Outlook:
St. Joseph's is a steady, reliable team that should have the advantage in their first round matchup because of their balance, but it's hard to see what part of their game could carry them to an upset over a top team. Expect them to win in the first round before losing in the second.