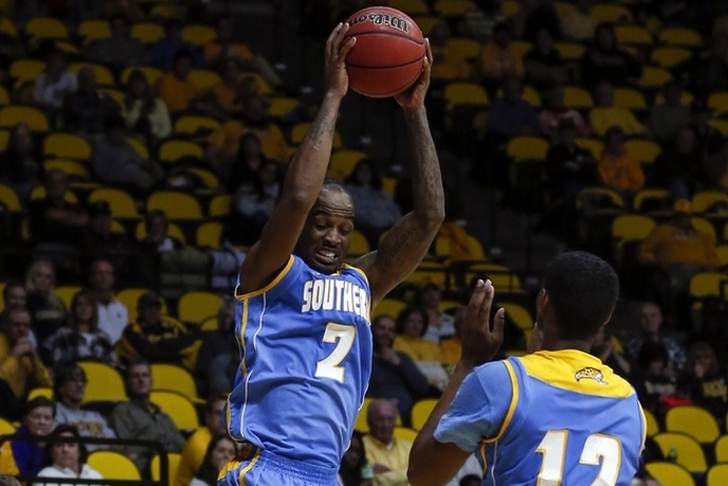 Southern is back in the NCAA Tournament for the second time in three years after beating Jackson State at the buzzer of the SWAC championship game, but the program is still looking for their first tournament win since 1993. Here's everything you need to know about the Jaguars:

Rodgers had a breakout year this season, posting career-highs in points, three-point shooting percentage, and steals. In his second year at Southern since transferring from USC Upstate, he has emerged as this team's leader. He is good at attacking the basket but also has a very reliable jumper, where he makes nearly 2.5 three-pointers per game.

Outside of Rodgers, this Southern team is full of interchangeable parts - and the coaching staff makes sure to take full advantage of all of them. Nine players average over 11 minutes per game, and seven of them average over four points per game. They come at you in waves, using their depth to wear opponents down.

Southern only has three players who shoot over 65 percent from the foul line - and they have two players who shoot well below 50 percent. As a result, this team is very inconsistent at the line, ranking 287th in the country in free throw shooting.

Outlook:
Southern made a thrilling run through their conference tournament, but they simply won't be able to challenge the high seed they'll face in the first round because of their consistent breakdowns on both ends of the floor.