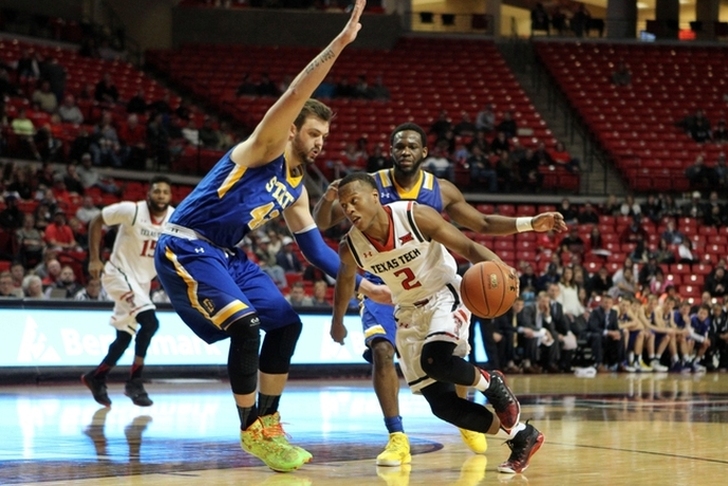 South Dakota State made the NCAA Tournament for the third time in five years after winning the Summit League Tournament, but can they get a win in the Big Dance for the first time in school history? Here's everything you need to know about the Jackrabbits:

Daum is South Dakota State's sixth man, but he's arguably the player that's the most important to their success. He leads the Jackrabbits in points (15.1) and rebounds (6.0) as a 6'9" forward despite playing just over 20 minutes per game. Daum also gives them some strength in the middle (245 lbs), something they'll need against the bigger teams they'll face in the tournament.

The Jackrabbits really make their money in the post, but they have the ability to hurt you from anywhere on the court. They shoot over 45 percent from the field and nearly 36 percent from three-point range, both of which are very respectable. As a result, they average 76.6 points per game.

South Dakota State's offense doesn't have much motion and is predicated on singular post-ups and one-on-one action. Because of that, they rank 306th in the country in assists, and that lack of ball movement makes them easier to defend.

Outlook:
South Dakota State doesn't have the kind of overall firepower to really pose a threat to the top teams in the country. Since they don't have one thing they can rely on, they'll be easily outclassed in the first round.