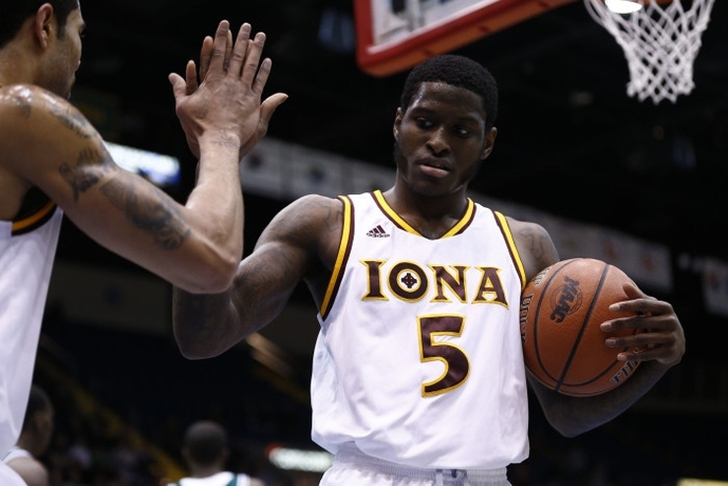 Iona is back in the NCAA Tournament for the first time in three years, upsetting rival Monmouth in the MAAC Tournament title game to earn the conference's automatic bid. Can the Gaels record their first NCAA Tournament victory since 1980? Here's everything you need to know about this Iona team:

The son of former NBA player Alex English, A.J. is probably the best player you've never heard of. A legit NBA prospect who will get drafted this June, English is an athletic lead guard with size (6'4", 190 lbs.) who can get into the lane whenever he wants thanks to his elite quickness. He's also a reliable shooter from long range, making 3.4 three-pointers per game at a 37.7 percent clip.

Throw in his ability to create for others with his assist numbers, and you have an all-around player capable of singlehandedly winning any game by himself. Don't be surprised if he takes over the first weekend of the tournament and becomes a superstar if Iona pulls off an upset or two.

Iona's up-tempo, free-flowing offensive system is capable of giving any team fits when they get rolling. The Gaels rank 44th in the country in pace as their four-guard system allows them to fly up and down the floor, but what makes them successful is how unselfish they are, ranking 18th in the country with 17 assists per game. If you like offense, you'll love watching Iona in the tournament.

The Gaels exert so much energy on the offensive end that their defense often suffers as a result. They rank just 122nd in the country in adjusted defensive efficiency and allow 73.6 points per game, which ranks a dreadful 226th nationally. On top of that, they allow their opponents to shoot nearly 47 percent from the floor - far from ideal.

Outlook:
Iona is a dangerous team that has the potential to be a Cinderella because of their offensive firepower and legitimate star in English. They're a great pick to pull off a first-round upset if they face another guard-heavy team, but their defense will ultimately keep them from reaching the Sweet 16.