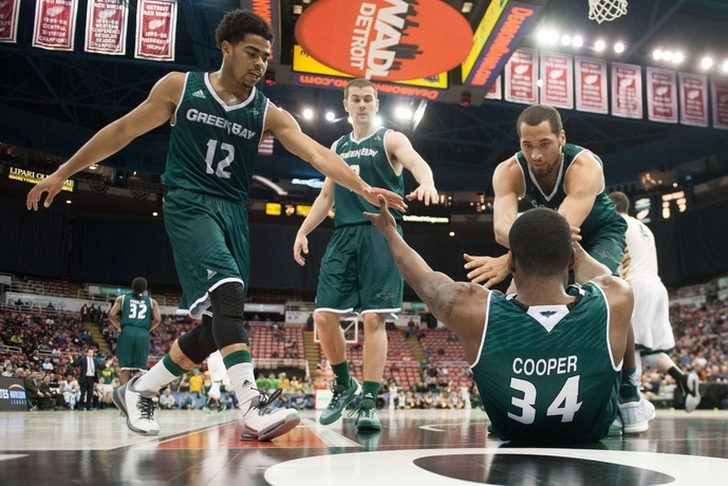 Green Bay upset Valparaiso and Wright State on their way to winning the Horizon League Tournament, putting them in the NCAA Tournament for the first time since 1996. Can they build on that momentum in the Big Dance? Here's everything you need to know about the Phoenix:

The senior point guard is unquestionable the heart and soul of this team. He had a breakout season this year, posting career highs in points, assists, shooting percentage, and three-point percentage despite having a hugely increased role in the offense. However, he might be best on the defensive end, where he averages 2.6 steals per game.

The Phoenix uses their four-guard offense to get out and run every chance they getting, ranking fourth in the country in pace and sixth in scoring (84.4 points per game). They get a lot of easy baskets in transition as a result, but when the opposition can force them to play a halfcourt game, they're nowhere near as successful.

Green Bay's stress on offense and getting out in transition has hurt their defense all year, as they rank 167th in adjusted defensive efficiency, 329th in points allowed per game (80.0), and 259th in opponents shooting percentage (45.3).

Outlook:
Green Bay's upset of Valpo and getting to the tournament was the highlight of their season, but their defensive inefficiencies mean they should lose in the first round in a blowout.