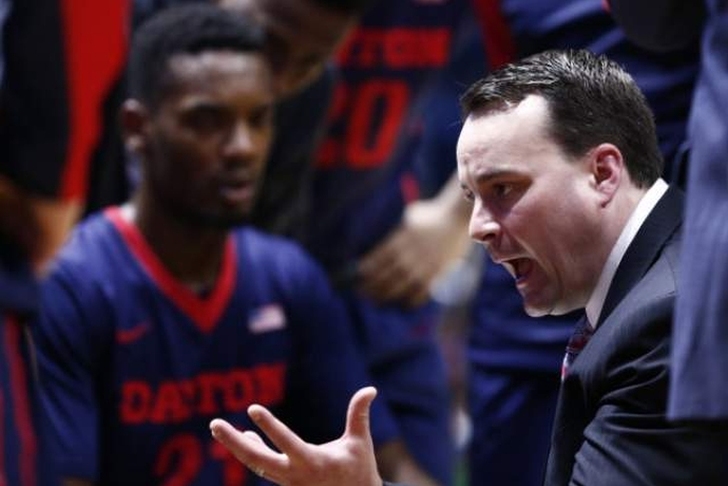 Dayton has turned into a consistent mid-major power under head coach Archie Miller, winning the Atlantic 10 regular season title. Now, they’re looking to build on their recent tournament success. They Flyers have won five NCAA Tournament games in the pas two seasons, including an Elite 8 berth in 2014. Can they go on another long run? Here’s everything you need to know about the Flyers.

Cooke transferred to Dayton from James Madison, and they Flyers are sure glad he did. He has immediately taken over as the team’s leading and most dynamic scorer, showcasing good size (6’5”) with good finishing ability and a reliable jumper (41.1 percent from three-point range).

The Flyers made the Elite 8 two years ago by rotating in a bunch of players to play in their up-tempo system, and that formula has done well for them again this year. 10 players average over nine minutes per game and seven average over six points per game, showing how balanced their production is.

Dayton is an extremely small team with no starter being over 6’6”. In fact, all four of their players who are over 6’6” are freshmen, and 6’11” center Steve McElvene is the only one who plays over 10 minutes per game. This hasn’t been a huge factor for Dayton in the A-10, but it will be against the bigger major conference teams they play in the tournament.

Outlook:
Dayton’s eye-popping record is no fluke - this team is very, very good. However, their lack of size is a major, major problem, and I think that will cause them to lose in the Round of 32 or in the Sweet 16 (depending on their matchup).