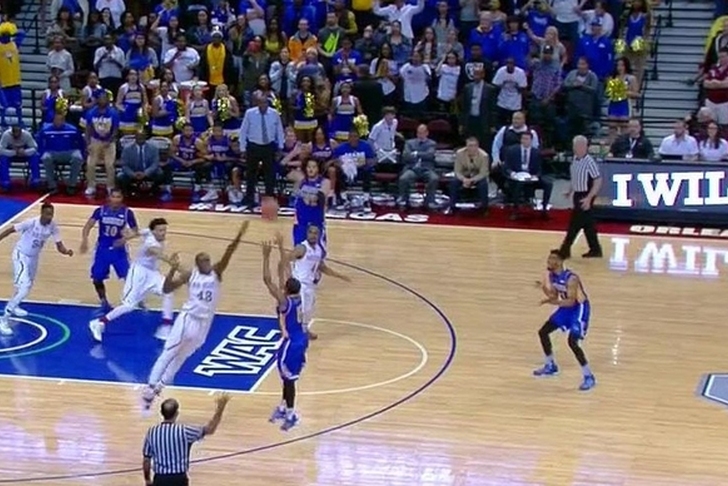 CSU Bakersfield made the NCAA Tournament for the first time in school history as Dedrick Basile's buzzer-beater gave the Roadrunners a 57-54 win over New Mexico State in the WAC Tournament title game. Can they keep the momentum going in the Big Dance? Here's everything you need to know about CSU Bakersfield:

Mays is the Roadrunners' leading rebounder and second leading scorer after taking a big step forward this year. The Maryland-Eastern Shore transfer has had a breakout year for Bakersfield, shooting 51.7 percent from the field. Though he does most of his damage in the paint and around the basket, Mays also has range that extends out to the three-point line (33.3 percent).

CSU Bakersfield is one of the truly elite defensive teams in the country, using that strength to propel them on their NCAA Tournament run. The Roadrunners rank 14th in the country in points allowed per game (63.2), 15th in opponent shooting percentage (39.3 percent), and 25th in adjusted defensive efficiency.

The Roadrunners really struggle to stretch the court offensively. Only six players have made a three-pointer all season, and the only one shooting over 36.2 percent is just 1-2 on the season (Ahmed).

Outlook:
CSU Bakersfield has been an excellent story on their way to earning their first NCAA Tournament berth, but that story won't continue in the Big Dance. The Roadrunners simply don't have the talent to compete with the top teams in the country.