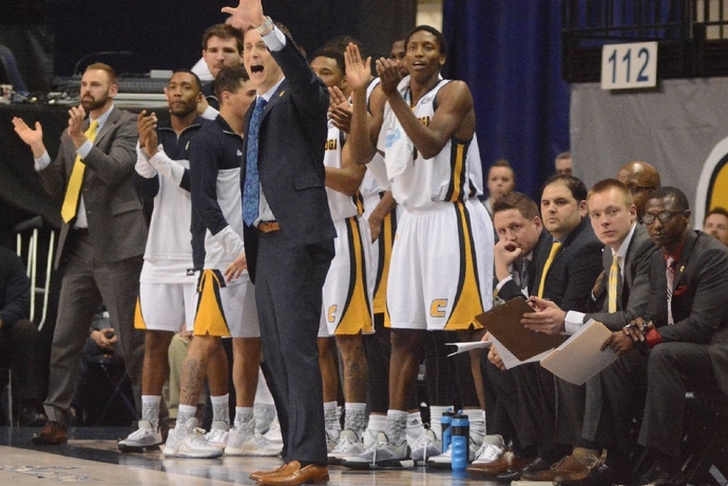 Chattanooga is making their first NCAA Tournament appearance in 2009 after winning the SoCon, but this team may have gotten in on their own after beating Georgia, Illinois, and Dayton in their non-conference schedule. Can they build on that momentum and get another victory or two in the Big Dance? Here's everything you need to know about the Mocs:

Chattanooga's leading scorer and rebounder after senior Casey Jones was lost for the season with an ankle injury, McLean has had a true breakout season for the Mocs. He isn't the most reliable outside shooter but is excellent at finishing around the rim, using a quick first step to get past defenders. McLean is also playing his best basketball at the right time, scoring in double figures in 13 of the last 14 games.

The Mocs only use an eight-man rotation since Jones' injury, but all eight contribute in a big way. All average over 15 minutes per game, and seven average over seven points per game. That multifaceted attack allows them to continuously play at a high level, relying on the sum of their parts rather than the strength of just one or two of their stars.

Chattanooga is one of the bigger mid-major teams that are in the tournament, but they still struggle on the glass, ranking 196th in the country in that department.

Outlook:
Chattanooga is a good all-around team, and they've beaten people this year because of their high execution rate and overall talent level. However, they'll likely be at a disadvantage in both of those areas in the tournament against a major conference opponent, which is why I expect them to lose in the first round.