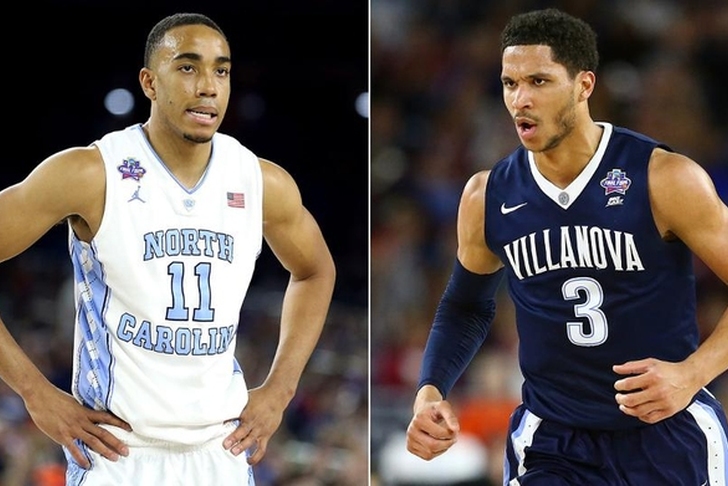 The No. 1 seeded North Carolina Tar Heels face off against the No. 2 seeded Villanova Wildcats in the 2016 NCAA Tournament championship game. The Tar Heels are back in the title game for the first time since 2009, when they won the tournament. In that 2009 run, UNC beat Villanova in the Final Four. It's the Wildcats' first title game appearance since 1985. That was also their last tournament championship. So who will come out on top in Monday's matchup? Here's our preview and prediction of North Carolina vs. Villanova.

How They Advanced:
The No. 1 seeded Tar Heels had two close first halves to start the NCAA Tournament. But, they pulled away in the second half in both the Round of 64 and Round of 32. UNC beat No. 16 seed FGCU 83-67 and No. 9 Providence 85-66. The Tar Heels knocked off Indiana in an impressive offensive showing, picking up a 101-86 win. The Tar Heels won their Elite Eight matchup against No. 6 seed Notre Dame 88-74. Another strong second half propelled the Tar Heels past No. 10 Syracuse in the Final Four, 83-66.

The No. 2 seeded Wildcats started with an 86-56 rout of No. 15 seeded UNC Asheville. Villanova added another blowout against No. 7 Iowa in the Round of 32. The Wildcats won 87-68. Villanova had little problem with No. 3 seeded Miami (FL) in the Sweet 16, winning 92-69. The Wildcats had their toughest challenge of the tournament against No. 1 Kansas, but picked up a 64-59 win. The Wildcats set a Final Four record for largest margin of victory when they crushed No. 2 seeded Oklahoma 95-51.

Guards vs. Bigs:
Villanova shot lights out from beyond the arc against Oklahoma, while the Tar Heels struggled against Syracuse. That's been a trend throughout the season, as Villanova leans on its guards and the Tar Heels are built around their bigs. The Tar Heels can't let Villanova shoot too well from outside the arc, and Nova must limit UNC's bigs. If the Tar Heels have a solid game shooting 3-pointers, Villanova will be in trouble. If Villanova can hang with North Carolina on the glass and limit the production of Brice Johnson and Co., the Tar Heels could be trouble.

What They're Saying About The Villanova Wildcats:
North Carolina And Villanova Arrive At Critical Stages In Their Programs (ESPN)
Villanova Alumni And Fans Looking For North Carolina Revenge (VU Hoops)
Villanova Had Most Impressive Tournament Win In 53 Years (ESPN)
Jay Wright Named 2016 National Coach Of The Year (VU Hoops)

Prediction: Tar Heels win 76-72
The Tar Heels and Wildcats are both playing their best basketball right now. Both teams have looked incredible throughout the Tournament, but only one team can come out on top. It should be a thrilling matchup, and could come down to the wire. I have the sneaking suspicion that North Carolina will shoot well enough from outside the arc to pick up the win tonight.