2016 Recruiting: Next Year's Top 10 Commitments & Where They're Headed 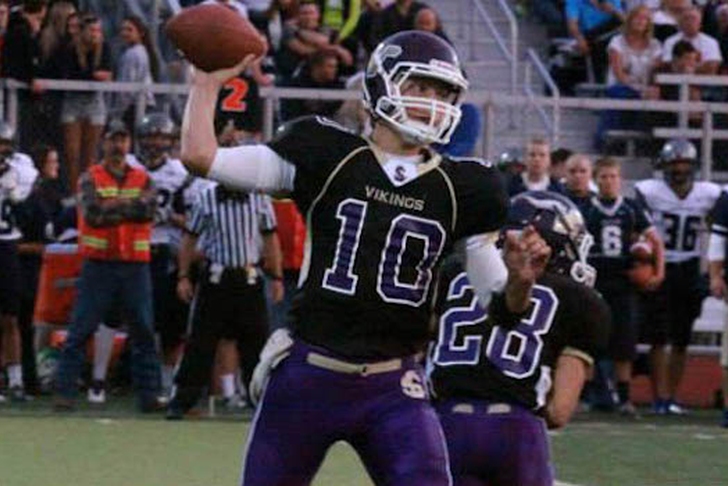 With their 2015 recruiting classes locked up, college football coaches around the country are already shifting their focus to next year's recruiting class. Unfortunately, several of the nation's top recruits have already made their commitments. Who are they and where are they headed?

Eason committed to the Bulldogs in July, and it’s easy to see why he’s one of the top five overall recruits in the country. He’s a mobile pro-style quarterback with incredible footwork and accuracy, along with all the arm strength he needs to make throws all over the field.

The #1 receiver (and #11 overall prospect) in the nation remains committed to the Tigers despite reports of potential wavering last year. Over 1/3 of the programs at the FBS level have at least showed interest in the 6-foot-2, 205-pound Tampa product, fawning over his route-running ability and propensity for making opposing defensive backs look absolutely silly. Expect some top programs to make a run at Craig-Myers in the next year, but things look bright when it comes to him sticking it out for the long haul.

Little is the country's top overall recruit, and after watching his highlight video, it's easy to see why. He already has prototypical size at 6'5" and 282 pounds with the strength and athleticism to play either tackle or guard.

Nick Saban rarely brings in players like Robertson – versatile, supremely athletic players without a clearly defined position just usually aren’t his style. Robertson, though, is good enough to change that. A 'Bama commit since July, Robertson is one of the most electrifying players in the country, and he’s rated as the #1 ATH in the Class of 2016. Figuring out where he fits best on the Crimson Tide is a problem for another day.

Henry has arguably the strongest arm of anyone in this class, and is one of the most mobile pocket passers of anyone on this list. He’ll have to compete with two top quarterback recruits the Seminoles reeled in on National Signing Day, so don’t be surprised if he opens his recruitment back up. If he does, Notre Dame becomes the favorite to land him.

Walker (Wayne, NJ) committed to the Buckeyes during halftime of the national championship game, making a sweet night even sweeter for Ohio State fans. The five-star prospect is the top-ranked running back in the country and will provide the Buckeyes with immediate help should Ezekiel Elliot leave after his junior season.

Hayes is the top-rated player in the state of Michigan, but has already decided to spurn the Wolverines in favor of sunny California. He's physically ready for the college game at 6'3" and 225 pounds, and has the athleticism to see a lot of playing time as a freshman.

Cleveland is already a massive, massive man at 6'7" and 322 pounds, and the size and strength should give Georgia their starting left tackle for the foreseeable future.

Brandt is a Los Angeles native who has the height (6'4") to develop into a defensive menace, but needs to add more muscle to his 22o pounds. Still, he has the speed that should help him make an immediate impact.

Metcalf is the top-rated prospect in the state of Mississippi and is the second best wide receiver prospect in the country because of his size (6'3", 195 pounds) and elite athleticism. He'll provide the Rebels with another top-notch receiver to couple with Laquon Treadwell.