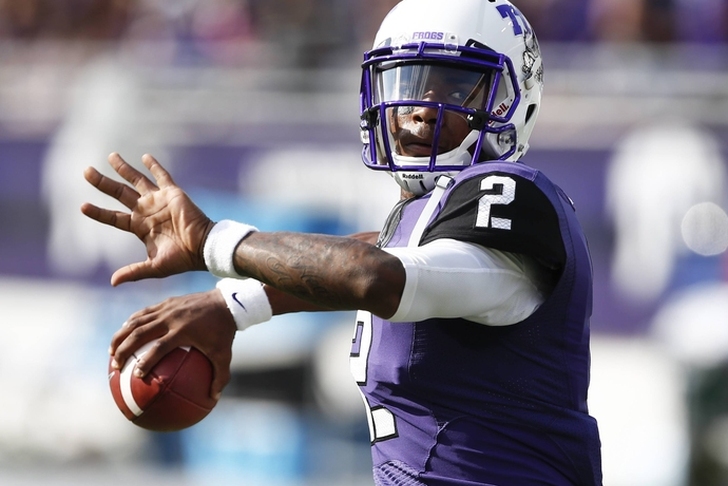 As good as Wright is, defensive players don't win the Heisman. It'll take a Herculean effort for Wright to win, but he could end up inside the Top 10.

Cook might be one of the top NFL Draft prospects, but his Heisman hopes aren't at the same level. He'll need to win some big games against Oregon and Ohio State to take home the trophy this season.

Watson is talented, but he'll need to put up big numbers this season to win the Heisman. He'll also need to take Clemson further than the Tigers have been in recent years.

Prescott can put up big numbers, but he'll need to win big in the SEC to have a chance at making a Heisman run.

It was supposed to be Fournette, not Nick Chubb, who had the monster freshman season. Fournette still had a great year, but more is expected of him. If Fournette can carry LSU towards an SEC West title, he'll have serious Heisman support.

Another great USC QB, Kessler completed 70 percent of his passes last year for 3,826 yards and 39 TDs. He threw only five picks. However, Kessler's Heisman hopes hinge on USC having a great season. Winning only nine games with those stats won't be enough.

Chubb took over for an injured Todd Gurley and never looked back. If Chubb carries Georgia to an SEC East crown, voters will take a long look at Chubb.

Once the season gets started, we'll break up these two. But for now, we'll merge them into one. If one player establishes himself as the starter, they'll be Heisman front-runners. If they split time, they'll likely slip down the rankings.

With Ohio State unsettled at QB, there is an opportunity for Elliott to take the votes from both. What may ultimately end up happening is that Elliott and the Ohio State QBs will take votes away from each other, letting another player win.

The preseason favorite, Boykin is the highest returning finisher from last year's Heisman Trophy finalists. Another big season from Boykin could mean he finishes first this year.

Follow our NCAA football page for all the latest college football news and rumors!