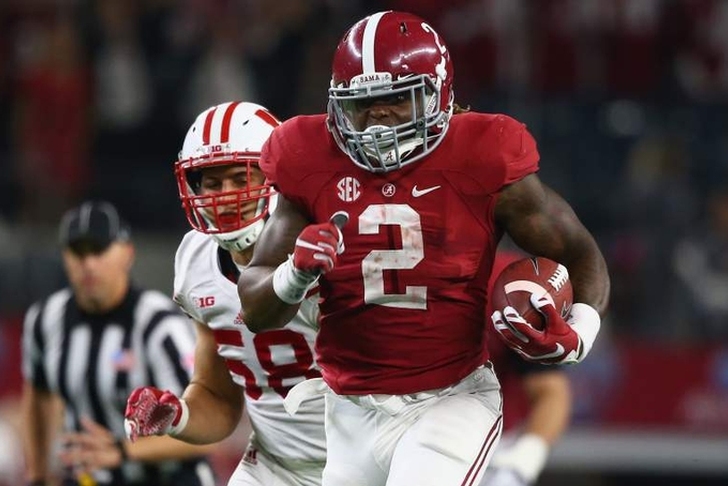 The first two weeks of college football are officially in the books, and we've got a better impression of the players competing for the Heisman trophy. This list will change quite a bit before the end of the season, but these players look like the cream of the crop early in the year. Here are our Week 3 Heisman Trophy Power Rankings:

Rosen looked unreal in Week 1, but came back down to earth in Week 2. For now, he's hanging on in the Heisman race.

Cook guided MSU to a big win over the Oregon Ducks, which helps his Heisman hopes. Cook won't put up big stats (only 192 yards against Oregon), which could prevent him from climbing as high as his counterparts.

Watson has played well so far, but he did so against Wofford and Appalachian State. His first real test comes this week, against Louisville.

Chubb has played well, but several other RBs have been just a bit more impressive so far.

After a strong performance against Virginia Tech, Jones was lackluster against Hawaii. The good news is he's still the starter for the Buckeyes, but needs to start playing better to stay in the Top 10.

Kessler has looked great and put up great numbers thus far, but has done so against Idaho and Arkansas State. Until he proves himself against tougher competition, he'll have trouble climbing the rankings.

Fournette put LSU on his back, carrying them to a win over Mississippi State. He racked up 159 yards and 3 TDs on 28 carries. If he keeps playing like that, and if LSU keeps winning, Fournette will be a serious threat to win the Heisman.

Elliott has played wonderfully so far, although he didn't break any big runs against Hawaii. He appears to be the Buckeyes' leading Heisman candidate.

Boykin dropping to No. 2 is not a knock of TCU's star QB. He torched Stephen F. Austin and played well enough against Minnesota. Boykin still has a great chance to win the Heisman, but he's behind one player right now.

Henry has looked incredible in both his games. He plowed through Wisconsin for 147 yards and three TDs on only 13 carries. He scored three more times on 18 carries against Middle Tennessee. He likely won't keep up that pace all season, but Henry deserves the No. 1 spot in the power rankings. For now.