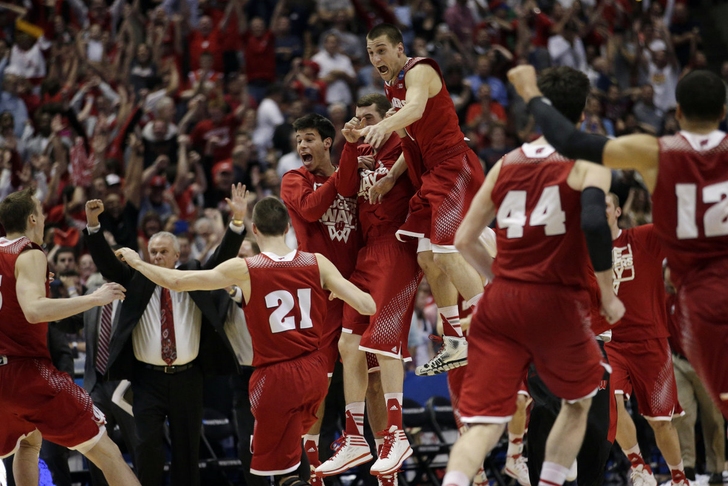 The Wisconsin Badgers blew through the regular season, and now are favorites to advance to the Final Four. Will anyone stand in their way? Here's a game-by-game breakdown of the first-round games in the West Region:

Coastal Carolina nearly became the first 16-seed to upset a 1-seed in last year's tournament, and now they're back to try and do it again with pretty much the same team. However, Wisconsin made the Final Four last year and have essentially the same team back as well. The Badgers will win easily.

Oregon had a surprisingly good season behind the play of Pac-12 Player of the Year Joseph Young, but their defense really needs to improve. As for Oklahoma State, they're a pretty good defense team, but they have trouble scoring the ball. This is a real toss-up, but Oregon's athleticism should win out in the end.

Arkansas utilizes an aggressive, up-tempo style of play they like to call “40 Minutes of Hell”, but Wofford has the personnel handle that style of play. Their two guards, Eric Garcia and Karl Cochran, are two of the most dependable ball handlers in the country who don’t turn the ball over and don’t get sped up. The Terriers will be able to throw Arkansas off their game by controlling the tempo in this one, and will come out with the win.

Harvard is in their fourth straight NCAA Tournament, and they've already pulled off one upset and have come close in the other two games. However, UNC is playing their best basketball off the season, and their size will cause a lot of problems for Harvard's short team.

BYU and Ole Miss are both perimeter oriented teams who aren't great on the defensive end, but the Cougars have more dynamic athletes, so they should win that game. However, they'll face an Xavier squad that plays stingy defense and can attack from both inside and out, giving them a decisive advantage.

Teams win in the NCAA Tournament with guard play and defense, and Georgia State is better than Baylor in both categories. R.J. Hunter, Ryan Harrow (Kentucky transfer), and Kevin Ware (Louisville transfer) are three of the best guards in the country, and the Panthers limit opponents to just 62 points per game. Baylor owns teams on the glass and dominate down low, but Georgia State will be able to dictate the game – and win – because of their guard play.

VCU's success is based on their pressure defense, but that can be beaten by good guards - and Ohio State's D'Angelo Russell is arguably the best guard in the country. However, the Buckeyes aren't very good around him, meaning VCU should be able to pull this one out.

Arizona is one of the best defensive teams in the country, and their offense has finally started to catch up with them late in the season. The Wildcats will simply overpower Texas Southern and advance all the way to the Elite 8 with relative ease.