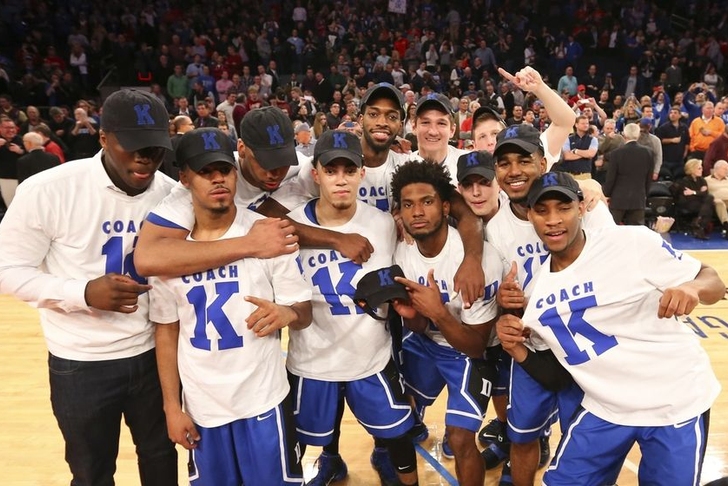 The Duke Blue Devils blew through the regular season, and now are favorites to advance to the Final Four. Will anyone stand in their way? Here's a game-by-game breakdown of the first-round games in the South Region:

It doesn't really matter if North Florida or Robert Morris wins their First Four matchup - they're essentially playing for the right to lose to the Blue Devils. Duke is too big and too talented to be the first No. 1 seed to lose to a No. 16 seed, and the Blue Devils will storm through the region on their way to the Final Four.

San Diego State is a really good defensive team, but they are one of the worst offensive teams in the country. On the flip side St. John's relies on their elite athleticism to make plays on both ends of the floor, but don't really have anything they can hang their hat on. This will be one of the more closely contested games of the tournament, and I think St. John's ability to make plays down the stretch will be the difference.

Stephen F. Austin pulled off the 5-12 upset last year by beating VCU in overtime, and they’ll face a Utah team that has struggled at the end of the year, losing four of their last seven games.

Georgetown has really struggled over the last month and a half of the regular season, and given their recent track record in the NCAA Tournament – only one win in four appearances since 2008 – the Hoyas are always on upset alert. Eastern Washington is a great offensive team averaging over 80 points per game (powered by the nation’s leading scorer, Tyler Harvey), and Georgetown won’t be able to score enough points to keep up with the Eagles.

UCLA was one of the surprise teams that was included in the NCAA Tournament. They're good on offense but are perhaps the most streaky team in the country. On the other hand, SMU is the model of consistency, working hard on both sides of the ball under head coach Larry Brown. The Mustangs should win this one pretty easily.

Iowa State runs a very up-tempo system that utilizes their balance and depth, and they have the ability to go on gamebreaking runs. UAB is happy to be in the tournament, and they don't have the firepower to keep up with the Cyclones.

Davidson is a small team that shoots a lot from the perimeter, while Iowa is a big team that focuses more on getting the ball down low. Usually the bigger teams have the advantage in this kind of matchup, so Iowa will probably win this one.

If you’re looking for truly major upset to put in your bracket, this is your best bet. Gonzaga has never advanced past the Sweet 16 since 1999 despite being in the tournament every year since, and head coach Mark Few’s struggles in the NCAA Tournament are very well documented.

North Dakota State upset Oklahoma in the first round last year, and they return most of the players from that team. Defense is also their calling card, and have a good shot at slowing down Gonzaga’s offense. If they can make their shots from the outside, they’ll pull off this upset.