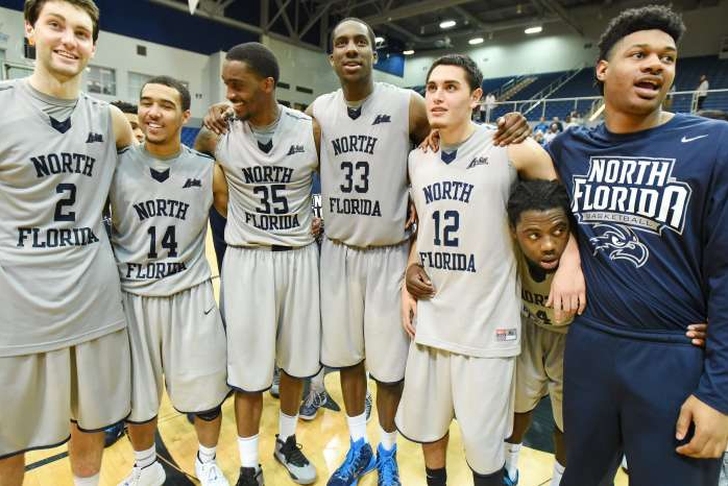 Moore is North Florida's catalyst even though he's just a sophomore, leading the team in points and assists. He's excellent at penetrating the defense and either getting a good shot at the rim or dishing the ball to a big man down low. Moore needs to take care of the ball a little bit better (2.2 turnovers per game), but his production usually makes up for it.

North Florida likes to play a run-and-gun, up-tempo style that focuses on fast breaks and creating easy shots around the rim. They shoot over 47 percent from the field as a team because of that, and they see the results on the scoreboard, where they rank 25th in the country in scoring (76.1 points per game).

Only seven players on North Florida's roster average over nine minutes per game, which leads to some tired, inconsistent play because of their up-tempo style.

North Florida could present problems to higher seeded teams because of their pace, but they're not good enough to pull off an upset.