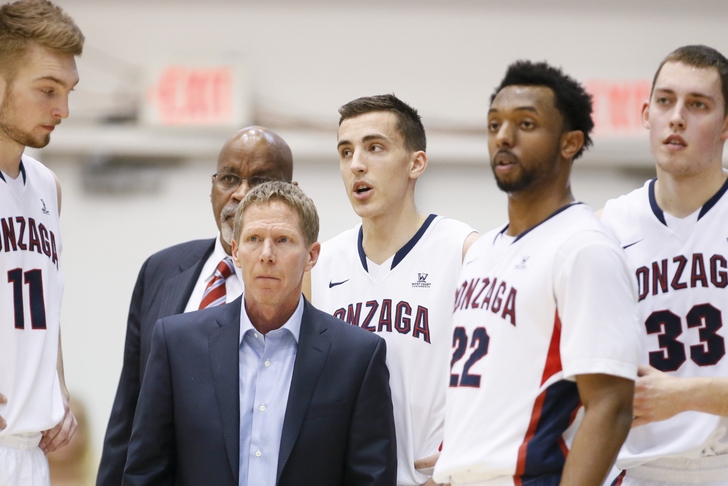 The Gonzaga Bulldogs are still competing for a top seed in the NCAA Tournament and are hoping to build on last season's Round of 32 loss to Arizona.

Gonzaga has a multitude of weapons offensively, but Wiltjer is the most crucial to their success. The Kentucky transfer is a lethal outside shooter at 6'10" (44.9 percent from three-point range), which stretches the defense and opens up driving lanes for Gonzaga's guards.

The Bulldogs lead the nation in field goal percentage (52.4 percent) largely because of their offensive execution. Head coach Mark Few is one of the best coaches in the country, and his veteran squad has his offensive system down to a science. His system is designed to exploit mismatches and to get players in position where they can be most effective. They almost always get the shot they want and will pass up a good shot to get a great one.

Gonzaga's offensive system has carried them through the West Coast Conference, but their players lack the athleticism necessary to make plays when that system breaks down. That deficiency also translates to the defensive end, where the Bulldogs only force 9.4 turnovers per game.

Mark Few always has his team ready to play, but there will come a point in the tournament where a team defends his system and Gonzaga will just have to make plays - and I don't think they can do that at a high enough level to win. The Bulldogs are skilled enough to make a deep tournament run, yet they could also lose early if the face a disciplined team.