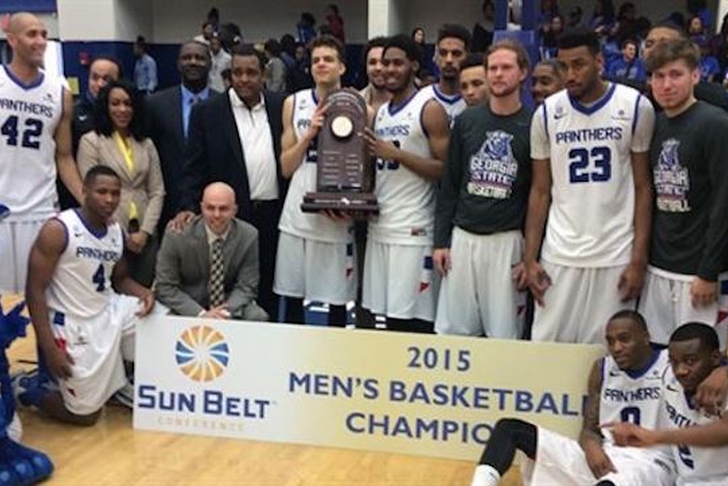 The Georgia State Panthers narrowly missed out on the NCAA Tournament last year, but punched their ticket by knocking off UL-Lafayette in the Sun Belt championship game.

On a roster that has former NC State and Kentucky point guard Ryan Harrow and former Louisville guard Kevin Ware (you might remember him as the guy who had the gruesome leg injury in the 2013 NCAA Tournament), R.J. Hunter is the best player on Georgia State. Hunter is a shooter first, but has really improved in attacking the basket and getting to the foul line - which has turned him into a borderline first round NBA prospect.

The Panthers have a plethora of top-level guards, and they harass opponents all over the court. They average 9.2 steals per game, which ranks sixth in the country, and those steals often lead to easy points in transition.

Georgia State's guard heavy attack is predictably weak on the glass simply because they don't have much size on the court. They rank just 246th in the country in rebounding, averaging less than 33 boards per game.

Georgia State has the talent and guard play to knock off a higher seed and make a Cinderella run to the Sweet 16, but much of that will depend on their matchup. If they face a big team in the first round, they'll likely lose.